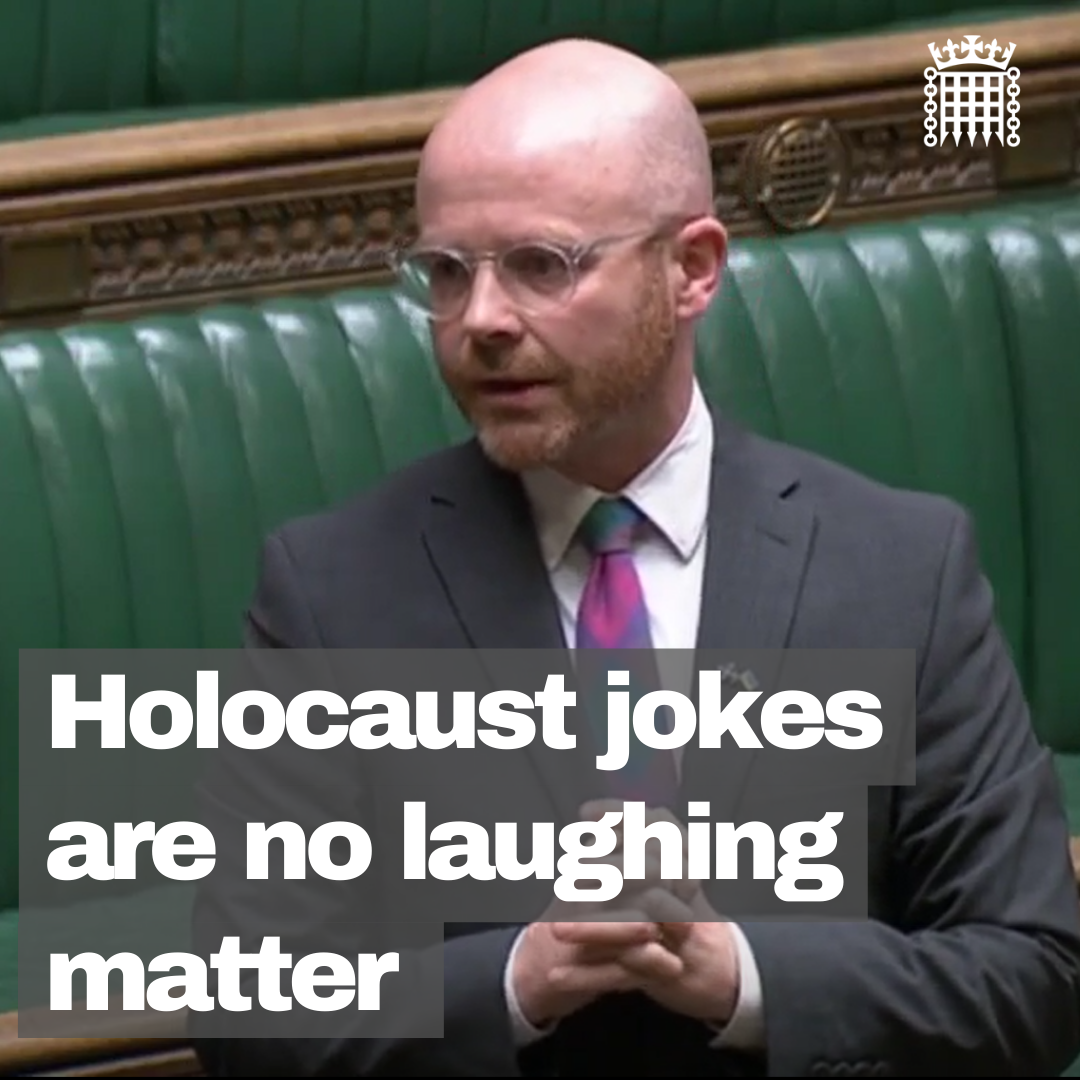 More than 120 parliamentarians have co-signed a letter to Netflix in response to Jimmy Carr’s use of the Roma Holocaust in his Netflix show.

In the letter to Netflix Headquarters – organised jointly by the APPG for Gypsies, Travellers and Roma and the APPG for the Prevention of Genocide and Crimes Against Humanity – the overwhelming response from parliamentarians condemns and calls for the removal of Jimmy Carr’s ‘His Dark Material’ from Netflix.

The letter follows the circulation of a clip in which Jimmy Carr explains the lack of awareness around Roma and Sinti suffering during the Holocaust as, ‘no one wants to talk about the positives [of the Holocaust]’

During the Holocaust, estimates show that as much as 25-50% of Europe’s Roma and Sinti people were murdered by the Nazi regime. Many experienced imprisonment, forced labour, forced sterilisation and medical experimentation.

Every year, International Roma Genocide Remembrance Day takes place on the 2nd August to remember the Roma and Sinti victims of the Holocaust.

“It is clear that the continued demonising of vulnerable peoples across the world is fair game for lame comedy; it is also clear to fair minded people that ridicule while it can be construed as comical is a passing fancy, one that can breed contempt. The duty of democratically elected representatives mindful of our own past, is to be a clarion voice for the fringe, for the dispossessed and those whom the privileged ridicule. Our duty as democrats is to acknowledge and value the worth of the Gypsy, Roma and Traveller community across these islands, and to raise them up, not put them down.”

Lord Sheikh, Co-chair of the APPG for the Prevention of Genocide and Crimes Against Humanity, said:

“Many people think that the Holocaust and its violence is all in the past, but what we can see from this, is that not. The Holocaust didn’t start from nothing – it crept up, built on the back of hatred and discrimination such as racism. In keeping content like this in their catalogue, Netflix not only endorses, but actively participates in ongoing prejudice and discrimination against Gypsies, Roma, and Travellers, and builds it into everyday life in the form of jokes. This cannot be condoned.”

Baroness Janet Whitaker, Co-chair of the APPG for Gypsies, Travellers and Roma, said:

“Racial hatred of this magnitude is intolerable in a civilised society. I hope that schools will reinforce the message that all people are of equal worth and equally worthy of respect and that police forces up and down the country will take appropriate measures to address such dangerous race hate incidents and crimes.”

The joint letter sent to Netflix and the full list of co-signatories can be viewed here.

In the House of Commons this week, Martin Docherty-Hughes MP raised a Point of Order condemning jokes making light of the Holocaust. Watch in full below: