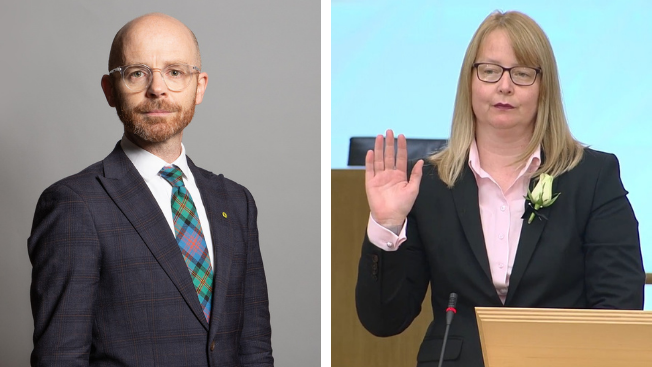 Department for Work & Pension (DWP) offices at Clydebank’s Radnor House on Kilbowie Road have been earmarked for closure, where a total of 205 workers are believed to be facing an uncertain future. A total of 42 centres across the country, including 8 in Scotland, are threatened with closure – with the PCS union saying thousands of jobs nationally are on the line.

The letter strongly condemns the impact the proposed closure will have on the local economy in Clydebank, and calls on the UK Minister to review the decision as a matter of urgency.

“For the UK government to remove more than 200 jobs from Clydebank during a cost-of-living crisis is callous and irresponsible. Closing DWP sites hits hardest in deprived areas. Losing these jobs will have a detrimental impact on our local economy in West Dunbartonshire.

“I’ve made clear my opposition to these closures along with Marie McNair MSP. The decision taken by the Tory Minister to press ahead with closing the offices at Radnor House will be deeply damaging to local workers and residents and must be reversed.”

“This is the wrong decision at the worst possible time. These jobs are being put at risk by the UK government, amid a cost-of-living crisis created by that same government, while those wielding the axe know full well that some of the 205 staff will not be able to take up the option to relocate their work elsewhere. I’m fully behind the staff and their trade union in their fight to save our local DWP office.”

A copy of the joint letter from Martin and Marie can be viewed below: 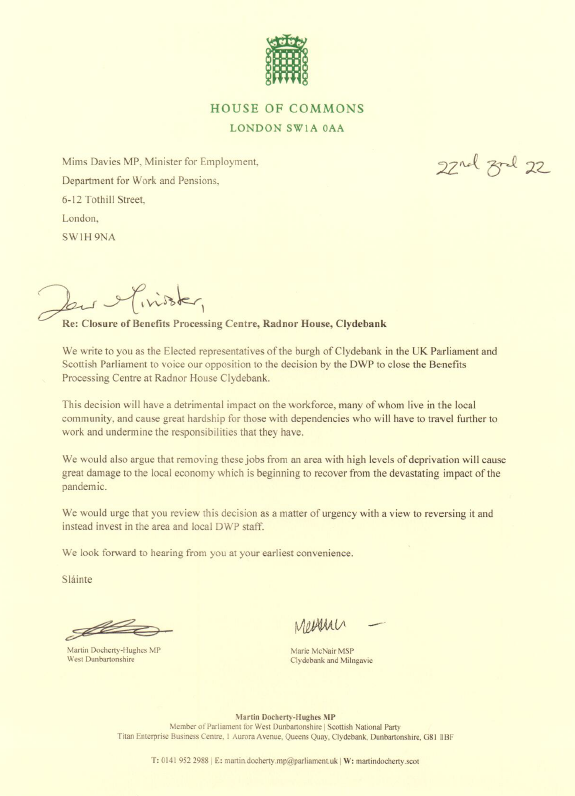