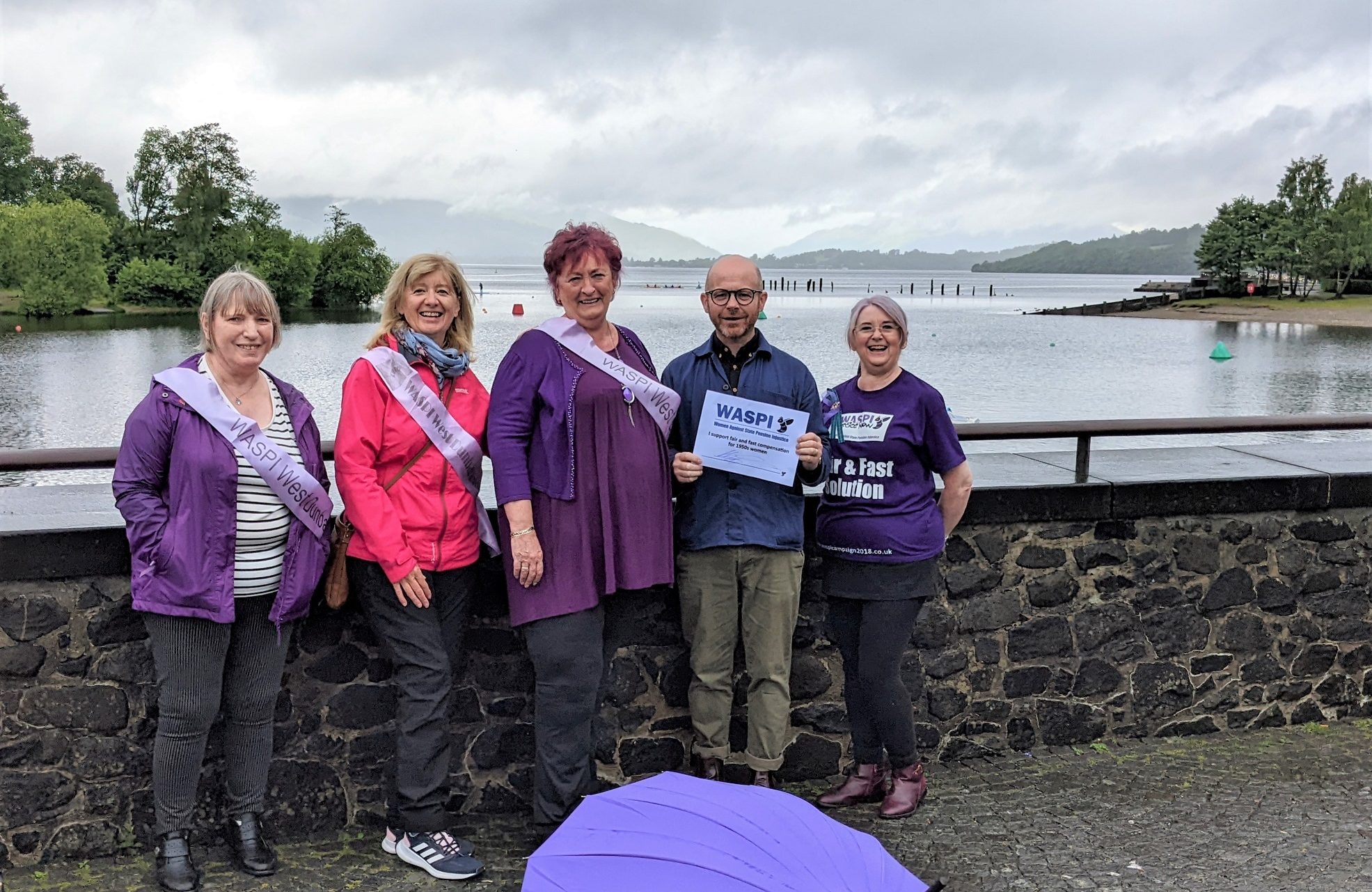 West Dunbartonshire’s MP Martin Docherty-Hughes has confirmed his support for thousands of women across Clydebank, Dumbarton and the Vale fighting for compensation for their state pensions.

July marks a year since the Parliamentary & Health Service Ombudsman ruled that the Department for Work and Pensions (DWP) was guilty of maladministration in failing to give proper notice to 3.8 million women born in the 1950s whose State Pension age was subjected to a series of changes.

Over the past 12 months the Ombudsman has been investigating whether this maladministration resulted in injustice – and if so, how the women involved should be compensated.

“As a long-standing supporter of West Dunbartonshire’s WASPI women, I’m determined to continue campaigning for the fair compensation they deserve.

“More than 350,000 women in West Dunbartonshire and across Scotland are being robbed of their state pensions by the UK government – pensions that they have worked hard for all of their lives.

“The UK’s cost of living crisis is hitting especially hard for those struggling due to changes to the state pension age. The Westminster government has ignored the plight of the WASPI women for too long – and if Boris Johnson thinks we’re going away they can think again.

“We await the Ombudsman’s recommendations and will be pressing the UK government to deliver a fair and fast compensation scheme.

“The SNP continues to stand with women born in the 1950s in their fight for pension justice.”

To get involved in the WASPI West Dunbartonshire campaign, email waspiwestdunb@gmail.com or visit https://waspiscotland.uk/west-dunbartonshire