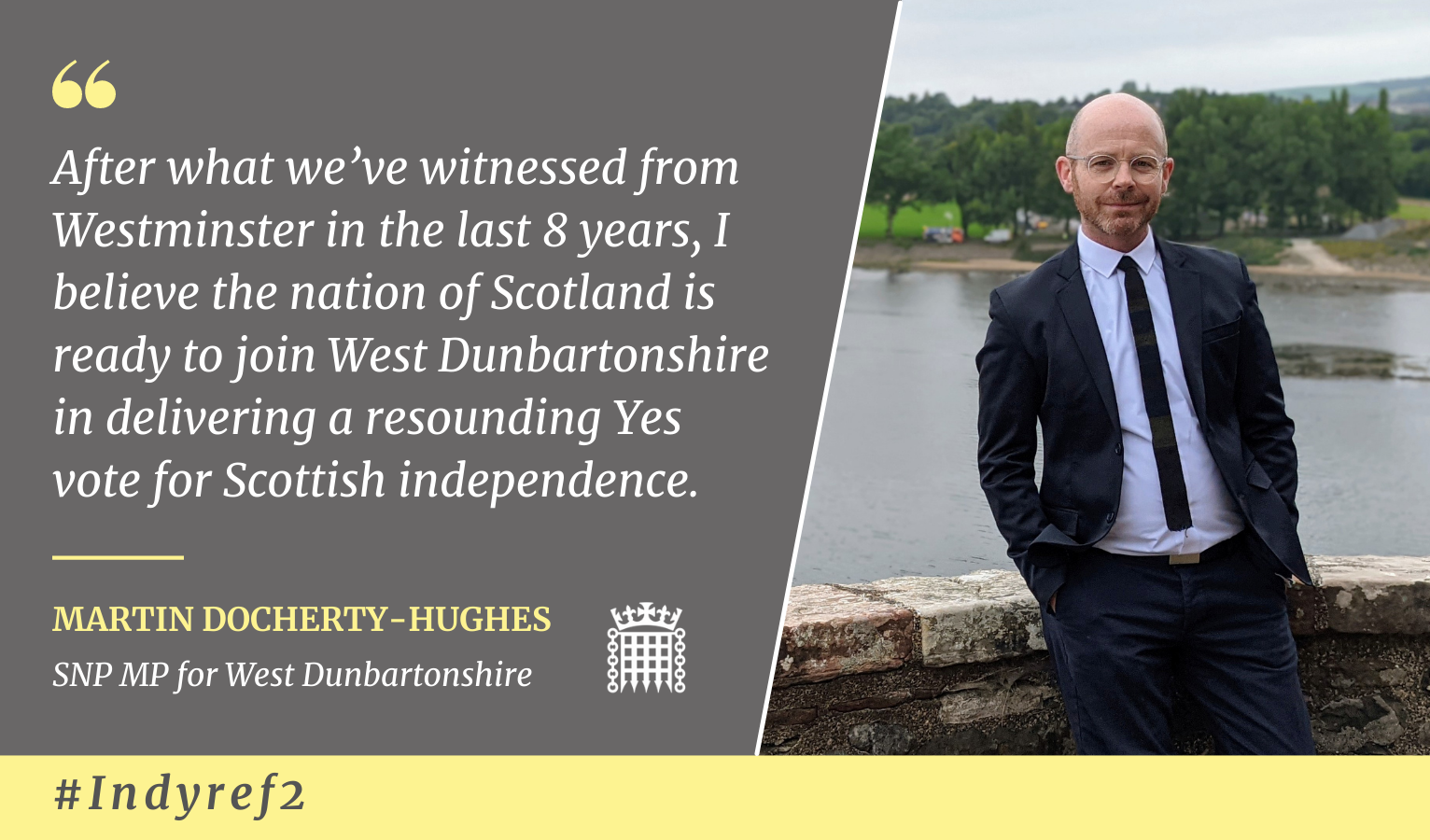 It’s been interesting to see the reaction from Labour and Tory MPs to Scotland’s First Minister setting the date for an independence referendum.

Rattled, is the word that comes to mind. Confounded that the Scottish people may be allowed to determine their own future.

19th October 2023 is the date to mark in the diary. I look forward to the campaign ahead.

Whilst much has changed in the 8 years since the 2014 referendum, the London-based parties are still working side-by-side to try and deny the people of Scotland the right to self-determination.

Labour and the Tories have just seven MPs in Scotland, but they believe they’re entitled to block Scotland’s democratic right to choose. The reality is that the Scottish Government has a cast-iron mandate to deliver a referendum, secured by the election of a majority of pro-independence MSPs to Scotland’s parliament.

The SNP Scottish Government is focused on helping hard-hit households through the cost-of-living crisis, and making Scotland a better place to live for all. Building more affordable housing, doubling the Scottish Child Payment, delivering free school meals, to name just a few. But these efforts are repeatedly undermined by decisions made in London.

Brexit, Boris Johnson, cuts to Universal Credit, rocketing energy and food prices – all imposed on Scotland by a Conservative party Scots haven’t voted for since the 1950s.

Our communities here in West Dunbartonshire have been disregarded by governments at Westminster for far too long. Enough is enough.

The British Labour Party says Scotland doesn’t need independence. Their answer to Boris Johnson is Keir Starmer. The same Keir Starmer who backs a damaging Brexit, and chooses to team up with the Tories to block the SNP’s democratic mandate for indyref2.

With the full powers of independence, Scotland has the opportunity to take a different path.

Is it any wonder the ‘Better Together’ parties are running feart of a referendum? It’s because they know their tired old scare tactics won’t wash this time.

The positive case we make for Scotland’s independence in the coming months will stand in stark contrast to the ‘Project Fear’ playbook of the anti-independence parties.

Scotland has everything it takes to be successful as a normal independent country. If similar-sized countries like Norway, Switzerland and Denmark can be wealthier, fairer and happier – then why not Scotland?

The people of West Dunbartonshire, my constituents, voted strongly in favour of Scottish independence in 2014. After what we’ve witnessed from Westminster in the last 8 years, I believe the nation of Scotland is ready to join us in delivering a resounding Yes vote.

Scotland’s future can be in Scotland’s hands. The choice is ours to make.