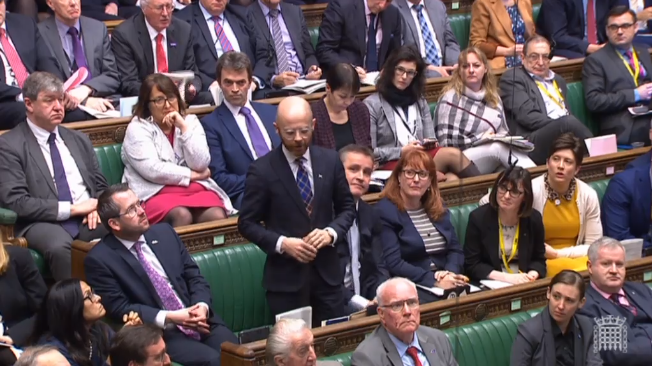 New figures from the UK Health and Safety Executive (HSE) have revealed a 6 per cent national increase in asbestos-related deaths, with West Dunbartonshire suffering amongst the highest rates of mesothelioma in the country.

The report on ‘Mesothelioma Mortality in Great Britain’ reveals there were more than 2,500 deaths from asbestos-related illness in 2020 across the UK, with figures revealing West Dunbartonshire as having the second highest rates of mesothelioma deaths for men and the fourth highest for women.

Mesothelioma is a form of cancer that takes many years to develop following the inhalation of asbestos fibres, but is usually rapidly fatal following symptom onset. Annual deaths in the UK increased steeply over the last 50 years, with many deaths attributed to past occupational asbestos exposures because of the widespread industrial use of asbestos during 1950-1980.

Martin Docherty-Hughes, MP for West Dunbartonshire, said the figures are a reminder of the painful legacy of the impact of asbestos on shipbuilding communities in the West of Scotland.

Earlier this year, MPs called for a 40 year deadline to remove all remaining asbestos from public and commercial buildings, within the UK.

“Too many families in West Dunbartonshire and across Scotland have had to suffer due to the impact of asbestos-related diseases.

“Asbestos may have been banned in the UK since 1999, but it continues to be the cause of thousands of deaths every year across the country.

“These latest figures from the Health & Safety Executive are a reminder of the painful legacy of asbestos in shipbuilding communities like ours. Rates of mesothelioma in Clydebank and West Dunbartonshire are amongst the highest in the world, and the leading cause of work-related death in Scotland.

“As Clydebank Asbestos Group (CAG) approaches its 30th anniversary, I’m grateful for the work they do to support local families affected by asbestos-related diseases. I’ll continue working with CAG and others in parliament to raise awareness of the dangers of asbestos.”

Anyone affected by asbestos in West Dunbartonshire can contact Clydebank Asbestos Group for advice and support: www.clydebankasbestos.org/