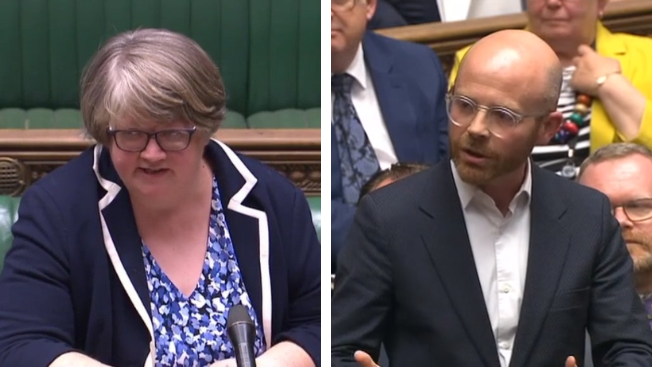 Concerns have been raised that thousands of low-income households who had been expecting to receive a £650 government cost-of-living payment could miss out due to flawed eligibility criteria for Universal Credit recipients.

MP for West Dunbartonshire Martin Docherty-Hughes has hit-out at the UK government after his constituent was informed by the Department for Work and Pensions (DWP) that they are ineligible for the cost-of-living payment despite being in receipt of Universal Credit.

The SNP MP has written to Work and Pensions Secretary Thérèse Coffey expressing concern that people in employment on low incomes who usually get Universal Credit are being unfairly denied the cost-of-living payment because they get paid 4-weekly rather than per calendar month.

The letter calls on the UK government to urgently review strict eligibility rules for the cost-of-living payment which the MP describes as ‘grossly unfair’ for people who are paid by their employer on a weekly, fortnightly or 4-weekly basis. Those on Universal Credit who received a ‘nil award’ during the assessment period of 26 April 2022 to 25 May 2022 as a result of their wage payment schedules are ineligible for the first £326 instalment of the cost-of-living payment due to be paid in July.

According to the House of Commons Library, 37 percent of the UK’s 2.3 million working Universal Credit claimants are on non-monthly pay cycles; suggesting that up to 800,000 low-income individuals could miss out on the additional cost-of-living payment.

“It’s worrying that hundreds of thousands of low-income households who’d expected to receive this cost-of-living payment could miss out because of the Westminster government’s flawed eligibility criteria.

“Families in West Dunbartonshire and across the country are struggling due to the UK’s cost-of-living crisis. They need support now and it’s devastating for my constituent and others who are ordinarily in receipt of Universal Credit to be unfairly excluded from this much-needed payment.

“In-work poverty is at its highest level for decades, and now the UK government appears to be penalising people who are paid 4-weekly rather than monthly. I’d urge the Work and Pensions Secretary to act quickly to resolve this before thousands more families are forced needlessly into foodbanks.”

A copy of Martin’s letter to the Secretary of State for Work & Pensions is available here.