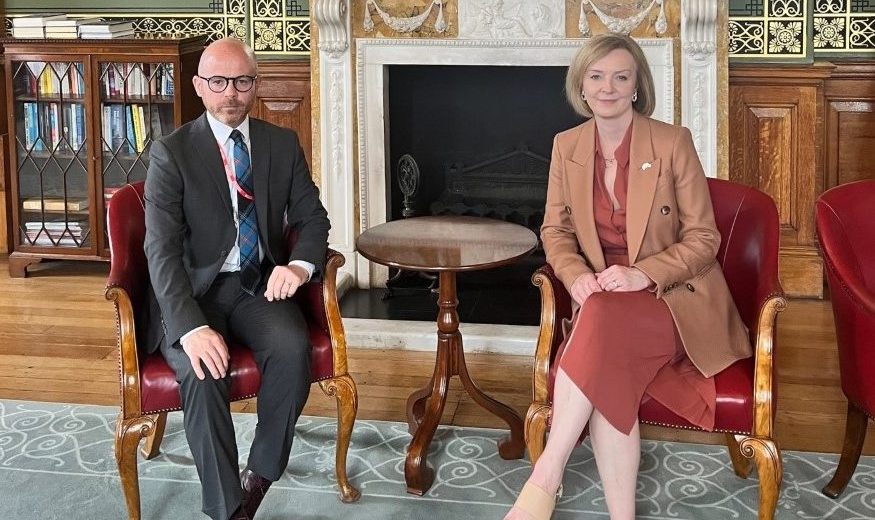 The UK government has been urged to escalate efforts to secure the release of a Dumbarton man facing the death penalty in India after he was formally charged with conspiracy to commit murder.

Scottish Sikh Jagtar Singh Johal – known as Jaggi – has been incarcerated without trial in India for almost five years. He was arrested after his wedding in November 2017, accused of helping to fund a Sikh-on-Hindu assassination plot – something he and his family strongly deny.

An investigation by the United Nations Working Group on Arbitrary Detention ruled in May that there was no legal basis for Jagtar’s detention in India, citing multiple violations of his human rights.

International human rights charities including Reprieve and Redress have expressed concerns about Jagtar’s torture and mistreatment in India. They say the circumstances of his arrest and imprisonment amounts to arbitrary detention, which was echoed by Prime Minister Boris Johnson earlier this month.

SNP MP Martin Docherty-Hughes, who has been supporting Jagtar’s family in Dumbarton since 2017, has described his constituent’s case as ‘a clear travesty of justice’.

The MP for West Dunbartonshire met last month with Foreign Secretary Liz Truss to raise Jagtar’s case, and has pledged to continue pressing the UK government to secure ‘justice for Jaggi’.

“In the almost 5 years that I have been supporting Jagtar’s family they have always maintained his innocence.

“It’s incredible that it’s taken 1727 days to get to the point we’re at, given the serious concerns about Jagtar’s torture, mistreatment, and coerced confession whilst imprisoned in India.

“The UN’s expert panel has been clear that there is no legal basis for Jagtar’s detention. I raised this with the Foreign Secretary Liz Truss last month and will continue pressing the government to act.

“The fact that my constituent faces the death penalty should focus minds in the UK Foreign Office that business as usual with the Indian government cannot continue until Jagtar is released, in line with its own pronouncements on arbitrary detention cases. Continuing negotiations on a Free Trade Deal at this moment is simply grotesque.

“Jaggi needs to be back with his family in Dumbarton, and I can only hope for the continued good name of the Indian legal system and democratic process that this clear travesty of justice is put right: I’ll certainly be making sure that the UK government is in no doubt about this.”