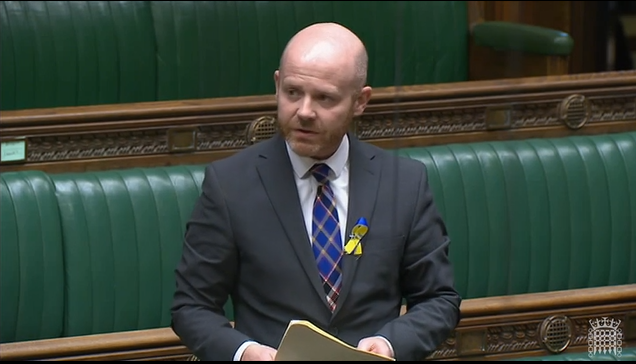 Local MP Martin Docherty-Hughes has warned the UK government that allowing an 80% rise in the energy price cap to go ahead will be ‘devastating’ to struggling families in West Dunbartonshire.

It comes as the UK’s energy regulator Ofgem confirmed today (Friday) that from October the average household gas and electricity bill will rise from £1,971 to £3,549 – an increase of 80.06%.

The cap will come into effect for around 24 million households across the UK on default energy tariffs on October 1, and will remain in place until December 31 – when it is expected to rise again.

Researchers at the University of York have predicted that nearly three-quarters of Scottish households could be thrown into fuel poverty by January, unless urgent action is taken by the UK government to tackle soaring energy prices.

The SNP has been pressing for the UK parliament to be recalled, so the price cap rise can be blocked and emergency budget support can be delivered, including scrapping VAT on fuel, doubling support for households, and delivering an energy price cap and energy grants for small businesses.

“It’s a travesty that the UK government is allowing this energy price cap rise of 80% to go ahead.

“It will be devastating to thousands of households here in West Dunbartonshire. How are families who are already struggling supposed to afford energy bills of £3,549 and higher?

“With inflation now above 10% – the highest it’s been since the 1980s – and predicted to soar above 18% next year, more and more hard-pressed households across Clydebank, Dumbarton and the Vale face being forced into foodbanks.

“In an energy-rich country like Scotland, nobody should have to choose between heating and eating. But that is the grim reality of living under Westminster control and a UK government which holds the levers of power but chooses to sit on its hands.

“We need urgent action – Ministers must cancel the energy price rise to avoid this cost-of-living crisis turning into a catastrophe.”