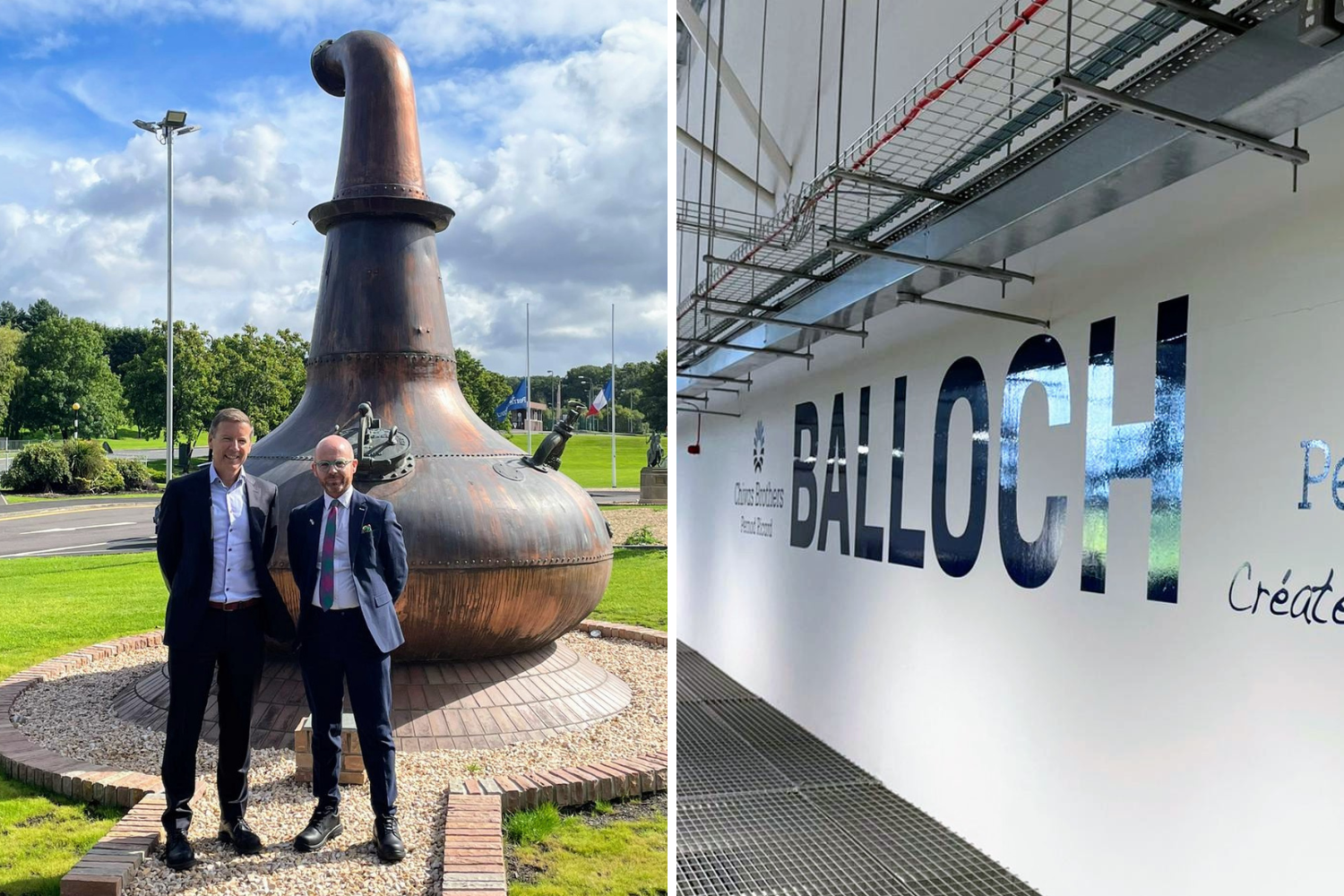 Local MP Martin Docherty-Hughes has hailed the multi-million pound development of new whisky bottling facilities by Chivas Brothers in Dumbarton which is bringing more than 100 jobs to the area.

West Dunbartonshire’s MP described the state-of-the-art facilities as ‘world class’ following a visit to the Kilmalid plant in Dumbarton which is operated by drinks manufacturer Chivas Brothers of Pernod Ricard.

The company is recruiting 136 new jobs at the site as part of an expansion to strengthen its supply chain. Local MP Martin Docherty-Hughes was given a tour of the ‘Balloch bottling hall’ alongside Chivas Brothers’ Manufacturing Director Liam Donegan, meeting with local workers at the plant.

“I’m delighted to see more than 130 new jobs coming to West Dunbartonshire as a result of this multi-million pound investment in the Chivas Brothers Kilmalid bottling plant.

“It’s great to see first-hand how local workers at this world class facility in Dumbarton are contributing to the global success of Scotland’s whisky industry.

“As a long-standing employer in the area, this investment by Chivas Brothers in the expansion of its operations here shows that West Dunbartonshire is an attractive location for business.”

“Dumbarton is at the heart of our Chivas Brothers operations and I’m delighted to announce this significant investment in our site and our people. These permanent roles will really bolster our manufacturing capabilities and ensure that Kilmalid remains a world class bottling facility to support the future of Scotch.”

Details of how to apply for vacancies to join the manufacturing team at Chivas Brothers Dumbarton are available online at: www.chivasbrothers-ninetwentyrecruitment.com/