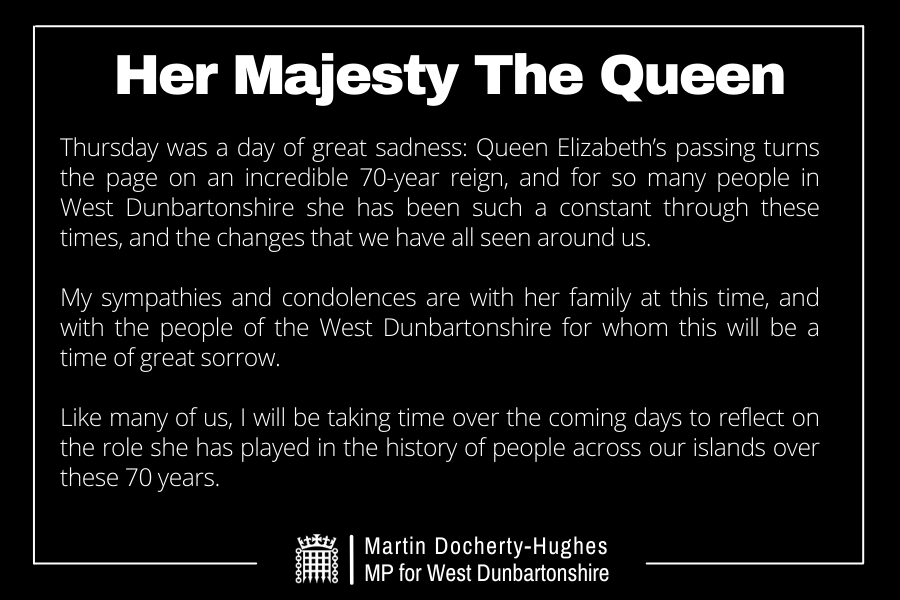 Thursday was a day of great sadness: Queen Elizabeth’s passing turns the page on an incredible 70-year reign, and for so many people in West Dunbartonshire she has been such a constant through these times, and the changes that we have all seen around us.

In the constitutional monarchy that we live in, it is the role of the Head of State to stay above the political fray, and ensure that parliament is able to do its work: and throughout her reign Queen Elizabeth discharged her role perfectly, her silent authority adapting itself almost imperceptibly to changing social and political mores.

My sympathies and condolences are with her family at this time, and with the people of the West Dunbartonshire for whom this will be a time of great sorrow.

Like many of us, I will be taking time over the coming days to reflect on the role she has played in the history of people across our islands over these 70 years.