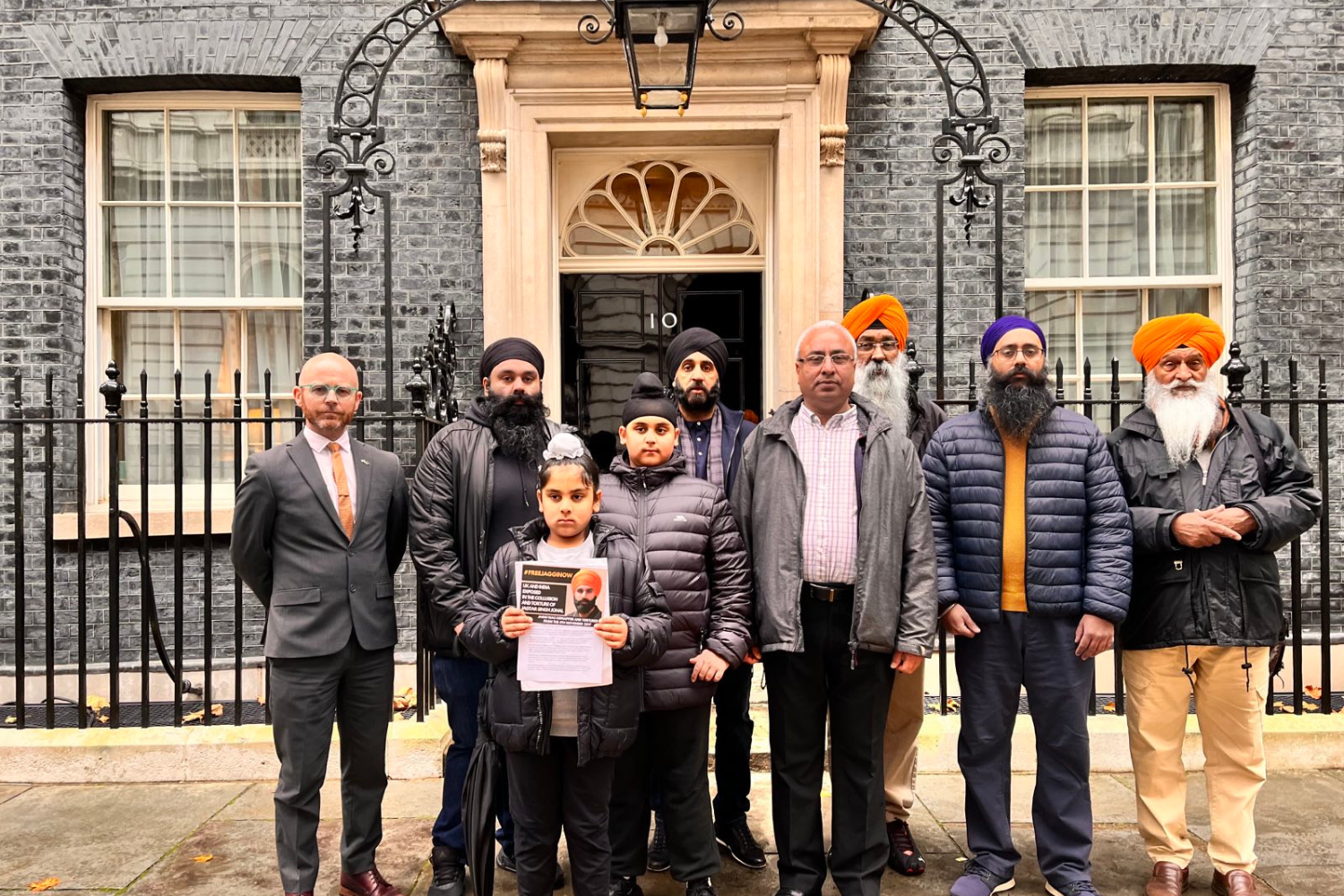 A protest led outside Downing Street has called on the Prime Minister to ‘bring Jaggi home’, as the family of Jagtar Singh Johal mark the 5th anniversary of the Dumbarton man’s unlawful detention in India.

Local MP Martin Docherty-Hughes joined Jagtar’s family on the steps of 10 Downing Street to hand over a letter and petition pressing PM Rishi Sunak to act.

Scottish Sikh Jagtar – known as Jaggi – was arrested in India after his wedding in November 2017, accused of helping to fund a Sikh-on-Hindu assassination plot – something he and his family strongly deny.

An investigation by the United Nations Working Group on Arbitrary Detention ruled in May that there was no legal basis for Jagtar’s detention in India, citing multiple violations of his human rights – including claims he was tortured into signing a false ‘confession’, through electric shocks to his ear lobes, nipples, and genitals.

Joining the protest rally was Richard Ratcliffe and his wife Nazanin Zaghari-Ratcliffe, the British-Iranian woman who was detained in Iran for six years after being accused of plotting to overthrow the government.

“We have seen so many Prime Ministers, Foreign Secretaries during Jagtar’s 5 years of arbitrary detention that even I start to lose count.

“It is a horrendous, and quite frankly, a pathetic scenario in which the British government finds itself when it deals with my constituent’s case.

“It’s time for Rishi Sunak and the UK Foreign Secretary to defend Jagtar’s rights to a free and fair trial. Trade is important but it should not be at the expense of the human rights of a young Scot from Dumbarton.

“Jagtar’s family here in West Dunbartonshire have campaigned tirelessly for his release. We dedicate ourselves to continuing the campaign for Jaggi – to secure justice and bring him home to his family.”

UK GOVT MUST COMMIT TO RAISING BENEFITS WITH INFLATION