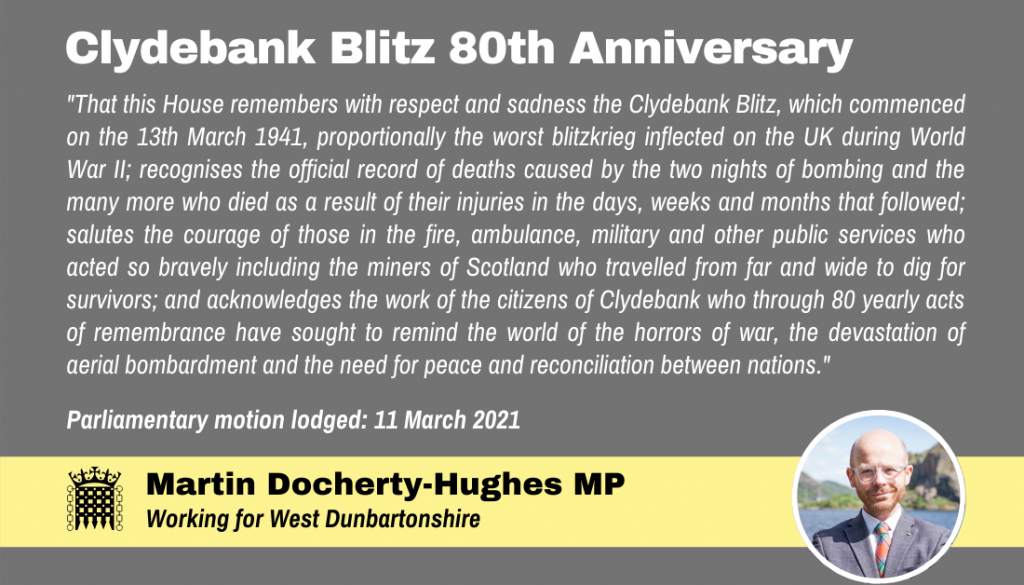 I have tabled the following Early Day Motion (EDM) in the House of Commons commemorating the 80th anniversary of the Clydebank Blitz:

“That this House remembers with respect and sadness the Clydebank Blitz, which commenced on the 13th March 1941, proportionally the worst blitzkrieg inflected on the UK during world War II; recognises the official record of deaths caused by the two nights of bombing and the many more who died as a result of their injuries in the days, weeks and months that followed; salutes the courage of those in the fire, ambulance, military and other public services who acted so bravely including the miners of Scotland who travelled from far and wide to dig for survivors; and acknowledges the work of the citizens of Clydebank who through 80 yearly acts of remembrance have sought to remind the world of the horrors of war, the devastation of aerial bombardment and the need for peace and reconciliation between nations.”