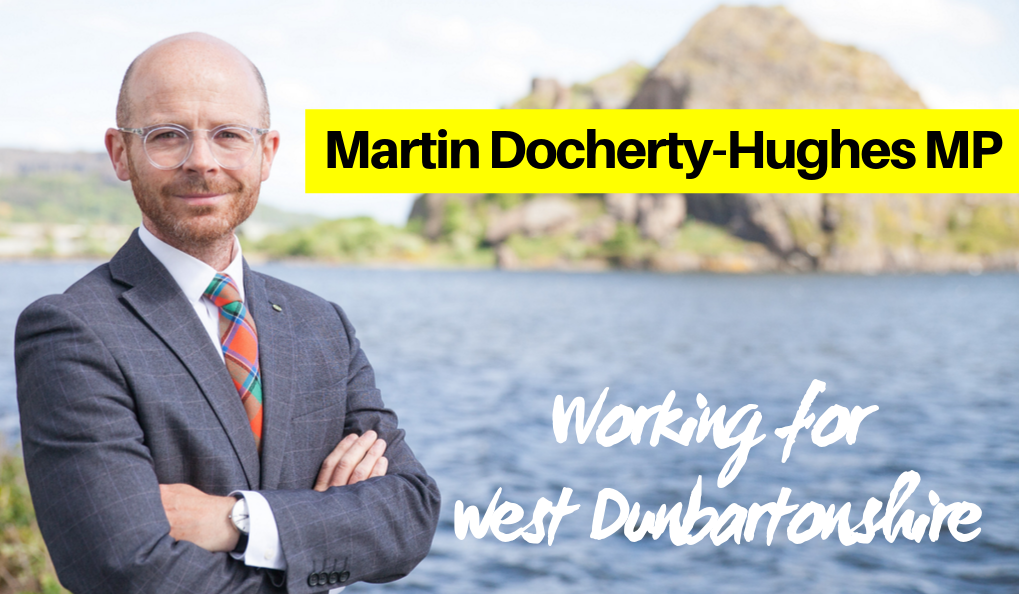 West Dunbartonshire’s MP Martin Docherty-Hughes has said he’s ready to take on the Tories as voters are set to go to the polls in a snap general election on Thursday 12th December.

The local SNP MP, who represents Clydebank, Dumbarton and the Vale in the House of Commons, said the upcoming poll will be one of the most important in Scotland’s history.

The Commons voted to approve a pre-Christmas general election by 438 to 20 – paving the way for parliament to be dissolved on 6th November as voters ready to head to the polls in six weeks’ time.

It will be the first general election to take place in December in almost a century, and the SNP’s Martin Docherty-Hughes said he’s looking forward to hitting the campaign trail in West Dunbartonshire.

Martin, who was first elected as the area’s MP in 2015, has confirmed he will stand again as the SNP’s local candidate at the election on 12th December.

“The first December election for almost a century is set to be critical in the fight for Scotland’s future.

“With the Tories turning their backs on Scotland, and Labour failing to act as credible opposition, it’s been left to the SNP to stand up for Scotland’s interests.

“Representing the communities of Clydebank, Dumbarton and the Vale in the Commons has been the privilege of my lifetime.

“As your MP for West Dunbartonshire, I’ve worked hard to stand up for our communities – helping thousands of constituents who’ve been hit hard by Westminster austerity.

“My experience during these past 4 years makes me more determined than ever to give a strong voice to the people of West Dunbartonshire.

“It’s an honour to serve our communities and it’s one I do not take for granted. I hope to continue working hard for West Dunbartonshire and if re-elected will do so to the very best of my ability.

“The election on 12th December will be one of the most important in our nation’s history. Only a vote for the SNP can beat the Tories, stop Brexit and protect Scotland’s right to choose our own future.”