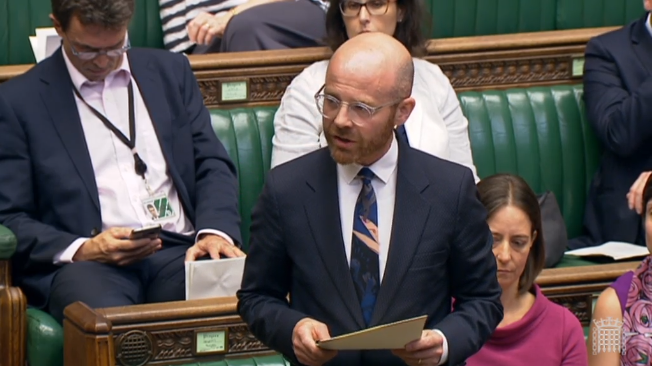 Theresa May has finally called it quits announcing that she will step down in June. So the end of May has come sooner than expected, but in truth it’s been obvious for some time that the Prime Minister’s days at Number 10 were numbered.

Mrs May’s mantra of offering “strong and stable” leadership seems a distant memory now. Her 3 year premiership has been characterised by crisis and disarray – at a time when the UK government has been crying out for serious leadership.

Some people tell me they feel sorry for Theresa May. However, whilst I certainly don’t doubt she tried to be the best PM she could, her record in government has left a lot to be desired.

Public services across the UK are under huge pressure due to this Tory government’s ideological pursuit of austerity. Theresa May has instigated a deliberately hostile environment towards immigration policy – the pursuit of which has torn families apart and damaged our communities.

Rather than listening to the SNP’s calls on the need for a social security system based on fairness and respect, Theresa May’s government has implemented benefit cuts that have pushed the poorest and most vulnerable of my constituents into debt, despair and destitution.

People may be cheering the end of May, and I don’t blame them, but with Boris Johnson now the front runner to take over as PM there is a fear that things will only get worse before they get better.

Boris Johnson was a laughing stock during his tenure as Foreign Secretary, and the prospect of him getting the keys to Number 10 is no joking matter. As an MP I know that better than most, not least due to Boris’s shameful indifference to the plight of Dumbarton man Jagtar Singh Johal during his arbitrary detention and alleged torture in India.

Boris Johnson’s career has been littered with incompetence, scandal and self-interest – he is a hard Brexiteer whose pursuit of a no-deal exit from the EU will be devastating to jobs, living standards and public services.

Far from being ‘Better Together’, Scotland is being failed by a broken system of politics at Westminster. We deserve better than this and it’s now clearer than ever that Scotland must have the choice of a better future than Brexit Britain under Boris Johnson.

That must be a choice that is ours to make – and not for Westminster to decide. Scotland’s future must be in Scotland’s hands.

This article appeared in the Dumbarton Reporter on 28 May 2019.