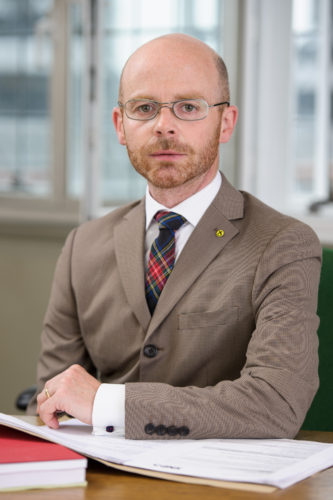 The Scottish National Party has said Labour must stop “dancing to the Tory tune on Brexit” after Jeremy Corbyn this week said he was not “wedded” to freedom of movement and failed to back the UK’s full, continued membership of the Single Market.

Stephen Gethins MP, the SNP spokesperson on Europe, called on Labour to back the Scottish Government’s plan to protect Scotland and the UK’s relationship with Europe, by maintaining freedom of movement and full membership of the Single Market.

“The Labour Party is now as incoherent as the Tories on their plans to leave the EU; it is increasingly unclear what they stand for, or what relationship they want the UK to have with Europe.

“By dancing to the Tory tune on freedom of movement instead of providing strong opposition, Labour are helping drag the UK out of the world’s largest single market, and towards a right-wing hard Brexit that would do huge damage to our economy and society.”

“West Dunbartonshire has a strong compliment of EU nationals who are part of our communities and the growing uncertainty is not fair on them, their friends & families or indeed their employers; who we now hear may face a £1000 per EU head tariff to retain the skills needed within their businesses.

“Freedom of movement benefits us all. Our industries and public services rely on it, it boosts our economy, provides vital tax revenues, makes our society richer and more culturally diverse, and allows UK citizens to live, work, study, and travel freely across Europe.

“The SNP is the only party with a clear, published plan for protecting our relationship with Europe. Instead of capitulating to Tory and UKIP Brexiteers, Labour be working with the Scottish Government for the benefit of the Scottish economy and supporting the plan for continued membership of the Single Market, which is around eight times bigger than the UK’s alone.”