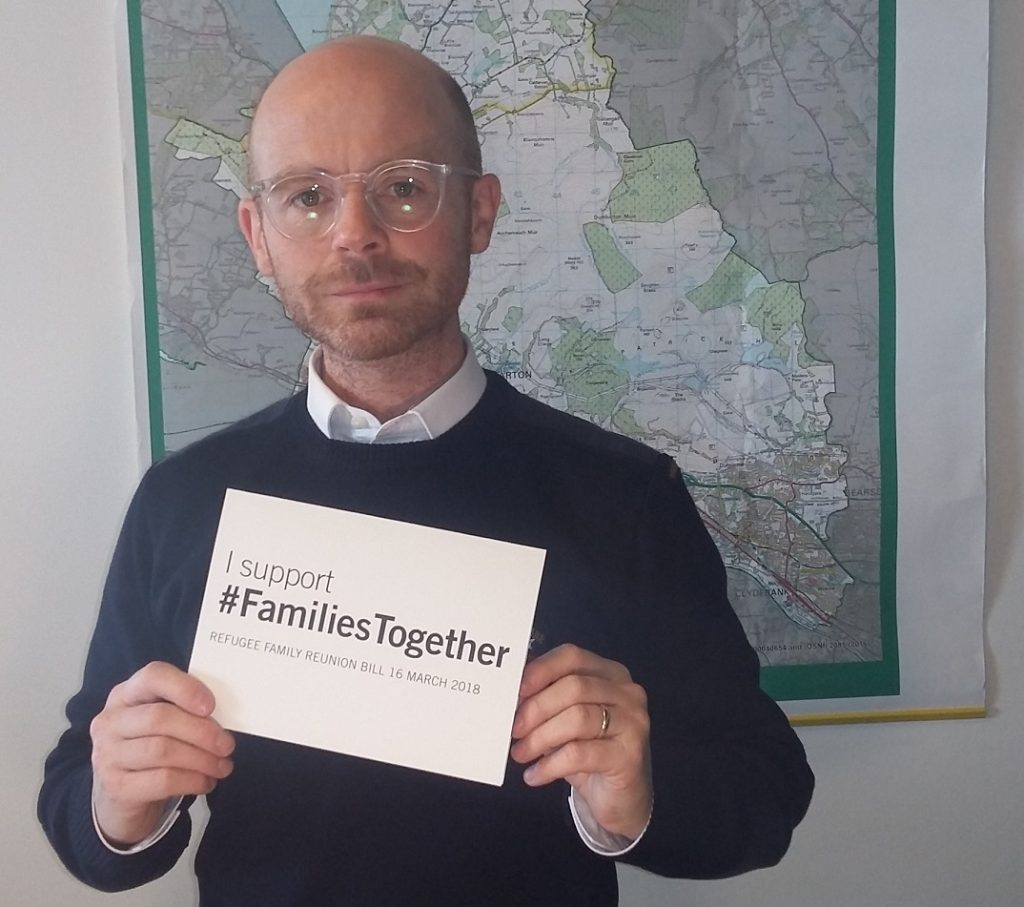 West Dunbartonshire’s MP has added his backing to a Private Members’ Bill which would allow more refugee families to be reunited in safety in the UK.

The Refugee Family Reunion Bill, published this week at Westminster by SNP MP Angus MacNeil, seeks to support refugee families who are fleeing conflict and persecution.

Local MP Martin Docherty-Hughes has pledged to support the campaign to reunite refugee families when the Bill is heard in parliament on 16th March.

The Private Members’ Bill, which has cross-party backing, seeks to achieve three things:

“Scotland has a long history of welcoming people fleeing war, conflict & persecution. One of the issues my constituents in West Dunbartonshire contact me about most often is the plight of unaccompanied child refugees.

“The UK Government must do more to relieve the suffering of lone child refugees and protect the right to family life. I support the campaign to reunite refugee families and will be backing my colleague Angus MacNeil MP’s Bill on 16th March.”

“This Private Members Bill has support from members from six parties – Government and opposition. It is not party political it is a humanitarian issue and would bring the UK into line with a majority of European countries if passed. Clearly we can all understand the anguish people would feel from being separated from family members by the stroke of a bureaucrats pen whether deliberately or accidentally.

‘’Therefore this Bill seeks to improve the lot for people who have found themselves in the worst situation possible having fled their homeland as refugees. In short, it is the least we can do and therefore that is why I am glad of the support of so many politicians across so many parties.”