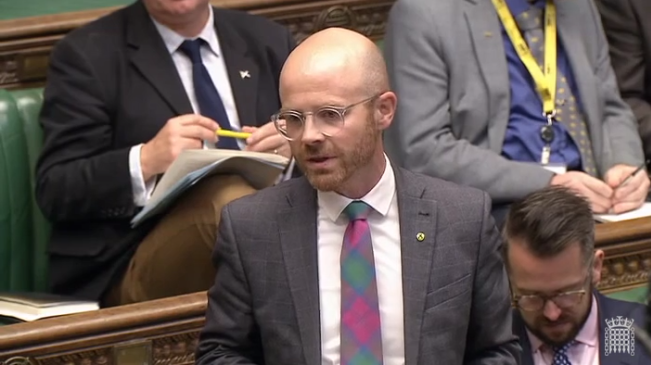 Martin Docherty-Hughes, MP for West Dunbartonshire, has been elected as the SNP’s representative on the House of Commons’ Defence Select Committee.

The influential committee is appointed by MPs to examine the work of the Ministry of Defence (MoD) and scrutinise the UK Government’s record on defence issues.

Mr Docherty-Hughes has been a representative of the NATO Parliamentary assembly and member of the SNP’s defence team since being elected in 2015.

“It’s a great privilege to have been elected as the SNP’s representative on the parliament’s Defence Select Committee.

“I have a long-term interest in defence issues given its importance to Scotland and as the brother of an army reservist who has served in Iraq and Afghanistan.

“I intend to use my experience as part of the SNP’s defence team – including working as a Member of the NATO parliamentary assembly – to hold the UK Government to account on its historic record of under-investment in Scotland.

“Successive UK Governments have neglected Scotland’s distinct defence needs and continue to implement disproportionate cuts to our defence spending, as evidenced by the lack of major surface warships in our waters.

“The Tories, supported by Labour, prefer to prioritise spending billions on a new generation of nuclear weapons at the expense of investment in conventional defence capabilities.

“The SNP is the only major party consistent in its opposition to Trident and I am determined to speak out against the folly of these immoral weapons of mass destruction at every opportunity.

“I look forward to being a strong voice for Scotland and standing up for our armed forces and veterans as a member of the defence committee.”