West Dunbartonshire’s MP Martin Docherty-Hughes has written to the Prime Minister urging him to use his trip to India this week to call for the release of Dumbarton man Jagtar Singh Johal.

Local SNP MP Docherty-Hughes has called on Boris Johnson to discuss his constituent’s case with Indian Prime Minister Narendra Modi in an effort to bring an end to the arbitrary detention of his constituent.

Jagtar has been detained without trial in India for more than 4 years. He was arrested in November 2017, accused of helping fund a Sikh-on-Hindu assassination plot – something he strongly denies. Mr Docherty-Hughes hopes Jagtar’s release will be the latest safe return to British shores following the release of British-Iranian nationals Nazanin Zaghari-Ratcliffe and Anoosheh Ashoori.  Martin Docherty-Hughes MP said:

“The case of Jagtar Singh Johal is callous and cruel. “Mr Johal was incarcerated without trial and is believed to have been tortured whilst in India. This cannot continue.  “That is why I am urging the Prime Minister to use his latest trip to India to highlight my constituent’s case with Prime Minister Narendra Modi so that a swift and proper conclusion can be reached.  “He must also ensure that Jagtar’s detention is classed as an arbitrary one, so that the UK government can call for his immediate release. A statement of shared values for the rule of law would serve as a strong introduction to talks which I’m sure will centre around security and the cost of living crisis. “We witnessed first-hand, through the case of Nazanin Zaghari-Ratcliffe and Anoosheh Ashoori, that the UK government can bring their residents home. We must see a similar approach with Mr Johal.  “He has suffered for too long – it is time to bring him home.”

A copy of Martin’s letter to the Prime Minister can be viewed below: 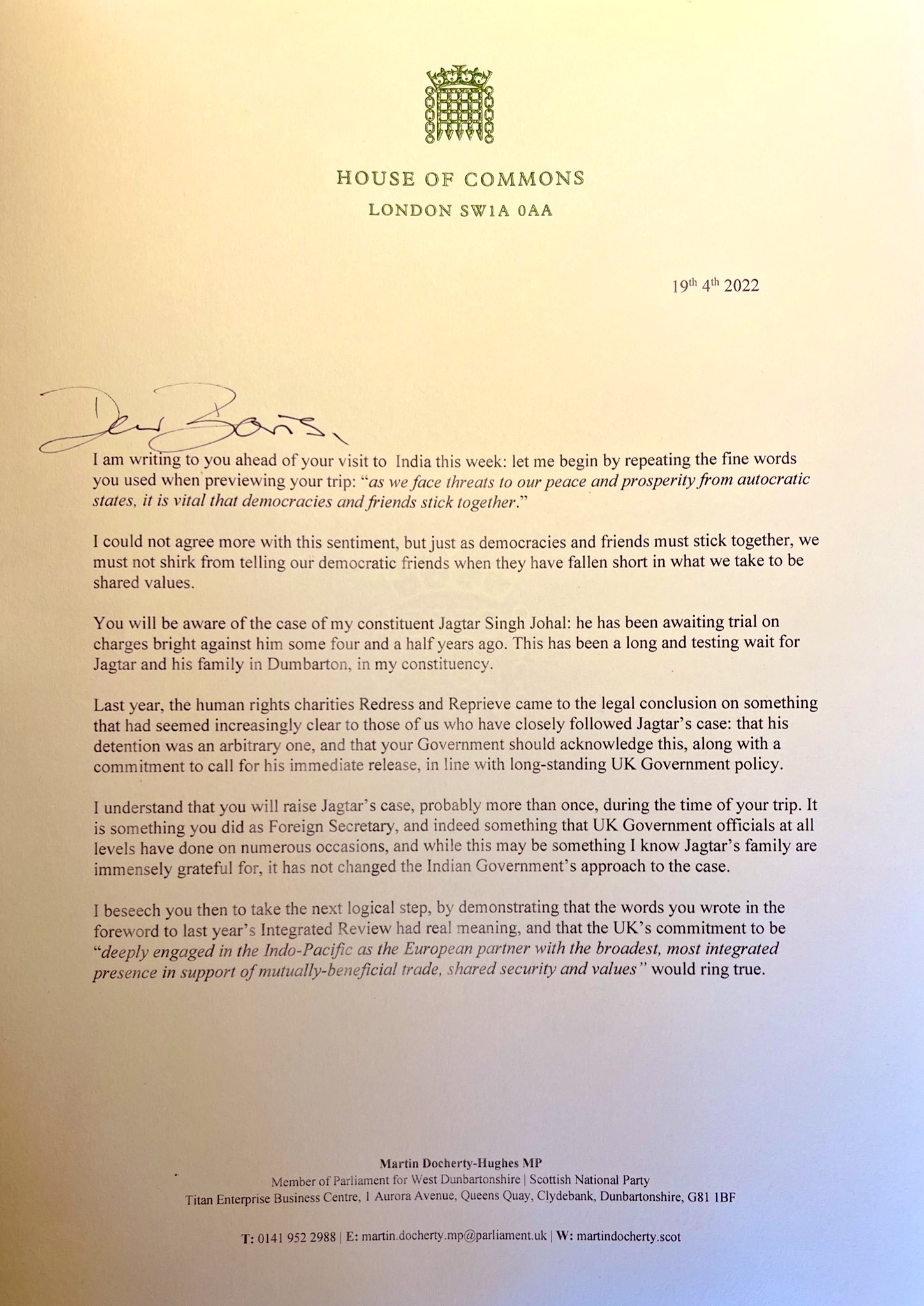 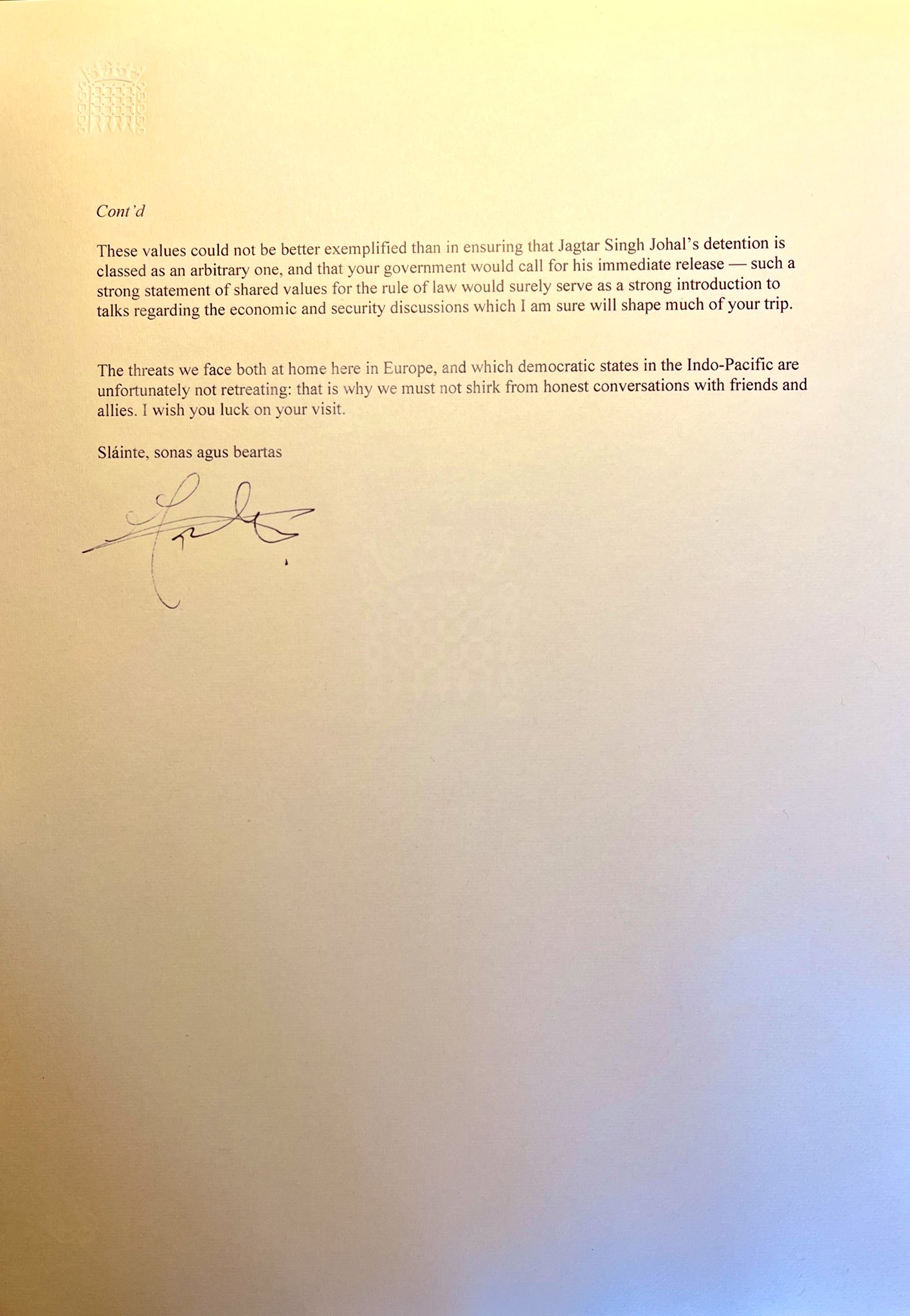