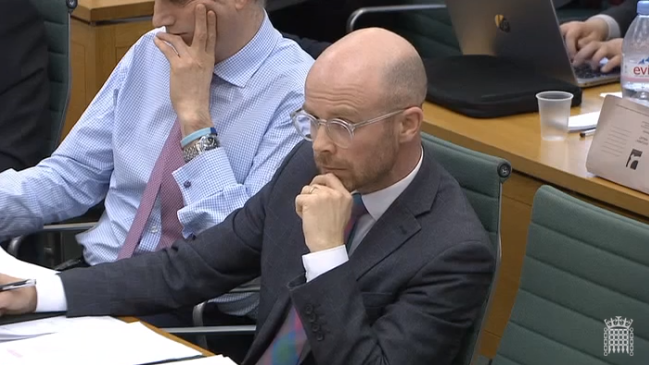 West Dunbartonshire’s MP Martin Docherty-Hughes has called on the UK government to take defence of the High North and North Atlantic seriously, or risk their defence capability being on “thin ice.”

Commenting on the publication of a new Defence Select Committee report into the UK’s Defence of the Arctic and Polar Regions, the SNP MP warned that the UK must develop a “comprehensive strategy” to meet developing and emerging threats in the region.

The report concluded that with military activity rising in the region there is an urgent need for the UK government to strategically react.

However the report warned that, as in other recent Defence Committee reports, the UK government would be unable to do so as “platforms and capabilities which might have a role in the High North are heavily committed elsewhere, and with the Modernising Defence programme still to be completed, there is no indication of new resources being applied.”

“For a nation like Scotland, the security of the North Atlantic and High North should be our bread and butter, yet again we see it being overlooked – indeed in the UK government’s most recent Defence Review it was not mentioned once.

“I fully support the report’s findings which suggest that an inadequate number of platforms, such as the case of the new Boeing Poseidon P-8 Maritime Patrol Aircraft, mean that we will have to remain reliant on contributions from allies in order to adequately ensure the security of our own doorstep.

“The Secretary of State himself admitted that there has been a ‘tenfold’ increase in Russian submarine activity in the North Atlantic, and so the UK government is aware of the threat – one which also now encompasses the potential of interference in the undersea cables that carry so much information.

“If the UK government is unable to adequately participate in the security of the High North, then it shows their defence capability is on thin ice.”

The report published by the Defence Select Committee, “On Thin Ice: UK Defence in the Arctic” is available here.