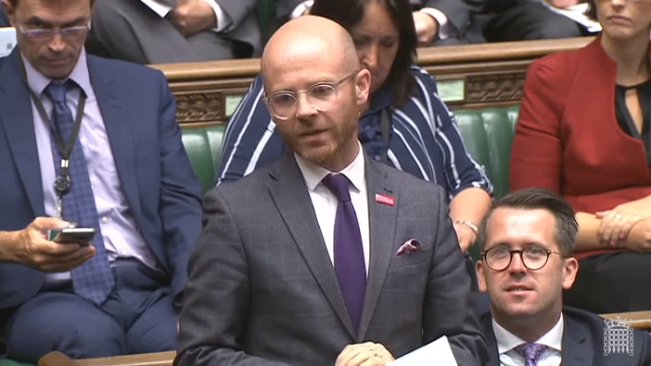 SNP member of the Defence Select Committee Martin Docherty-Hughes MP has said it is ‘disappointing and alarming’ that the Ministry of Defence (MoD) have been unable to provide any details about how many military personnel have Russian language skills.

Martin Docherty-Hughes tabled a question at Westminster on the issue of British military personnel who have any linguistic skills – in particular how many have a knowledge of Russian, French, Arabic, German or Ukrainian. The MoD say they will not provide a detailed breakdown of language skills because of ‘strategic sensitivities’ – despite having provided such a breakdown in 2016.

The question was tabled reflecting widespread concern that in 2016  it was revealed the MoD employed just fifteen personnel with Russian language skills and no translators. In addition there is growing  evidence of a dismantling and downgrading of Russian capabilities across the UK Government – at a time when there are increased strains on relations between Russia and the UK.

“This non answer from the MoD suggests that they have not heeded the clear warnings about the lack of Russian speaking skills and translators at the MoD. Their inability to even provide up to date  numbers now is disappointing and alarming.

“In 2016 the MoD admitted to just 15 Russian linguists, seen as something that the UK government needed to address then. If that is still the case it is even more alarming now with the current increased tension between the two countries.

“Following the horrific attack in Salisbury – understanding Russia and its motivations is increasingly essential. So it is a major deficit for that understanding that the MoD may still be lacking in the number of Russian speakers. At last count there were 149 French speakers and 51 Arabic compared with so few with Russian.

“The UK seems has made strategic decisions to dismantle infrastructure, to disinvest from the necessary skills and people, and to divert funds that had previously been allocated to the Foreign and Commonwealth Office, the intelligence services and the Ministry of Defence to allow those agencies to understand one of the great European nations.

“All that remains of the entire MoD’s capability is the Russian military studies archive, which is still based at Shrivenham and is itself struggling for long-term funding.

“This seems absolutely indefensible at a time when our relations with Russia are under such strain. The Salisbury attack may have been shocking and unprecedented  – but it fits a pattern of behaviour on the part of the Russian government which has evolved over the last decade or more.

“Allies like Norway and Finland didn’t make cuts to the extent we have , and they have warned the U.K. was underestimating the extent, and nature of the threat. It is time that the UK Government faced up to this abdication of responsibility – answered the questions  and urgently allocate more resources to ensure that these mistakes are not repeated in future.”