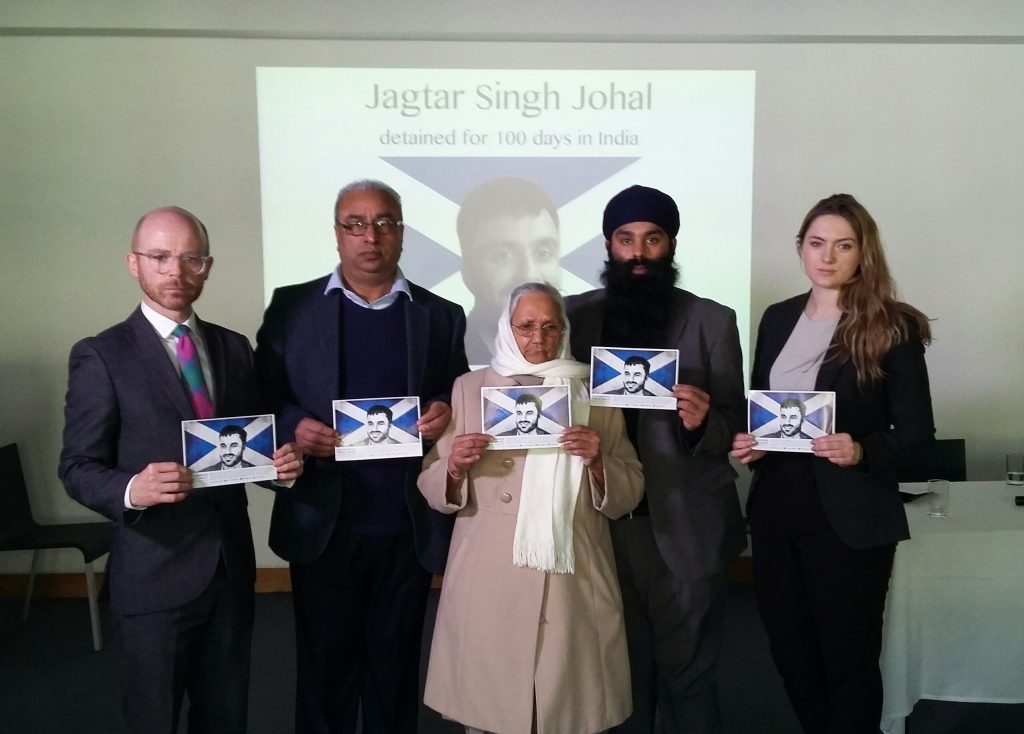 Martin Docherty-Hughes, MP for West Dunbartonshire, has raised the case of a Dumbarton man detained in India during a parliamentary debate on British nationals imprisoned abroad.

Speaking in the House of Commons, SNP MP Martin Docherty-Hughes called on the UK government to tackle the Indian government about claims of torture against his constituent Jagtar Singh Johal during his detention in India.

31 year old Jagtar, a British national from Dumbarton, has been held in Punjab since 4 November 2017. His arrest came two weeks after Jagtar, also known as ‘Jaggi’, travelled to India from Scotland for his wedding.

A Westminster Hall debate brought forward by Preet Gill MP highlighted Jagtar’s case as an example of the need for the UK government to do more to protect British citizens detained abroad.

The debate follows publication of a report on the issue by REDRESS – an international human rights organisation which has brought Jagtar’s case to the attention of the UN Special Rapporteur on Torture following concerns about human rights abuses.

“Back in November, when Jagtar was first arrested, Foreign Office Ministers assured me that the UK government would take ‘extreme action’ in response to the mistreatment of my constituent by the Indian authorities.

“However, to date, no such action has been taken. Despite being detained for over 130 days, and appearing before judges in India more than 30 times, no evidence of Jagtar’s supposed criminal acts has been forthcoming and he has yet to be charged with any crime.

“I have been working closely with Jagtar’s family since his arrest in November and continue to do all I can to assist in their discussions with the Foreign and Commonwealth Office.

“The fact that Jagtar has not yet had private access to British Consular staff is a concern, as is refusal to allow an independent medical examination. Jagtar’s family here in West Dunbartonshire fear for Jagtar’s welfare and are becoming increasingly frustrated by a lack of discernible progress.

“The UK government claims that my constituent’s case remains a priority, but it’s clear that the Foreign and Commonwealth Office must do more to support Jagtar and his family.”