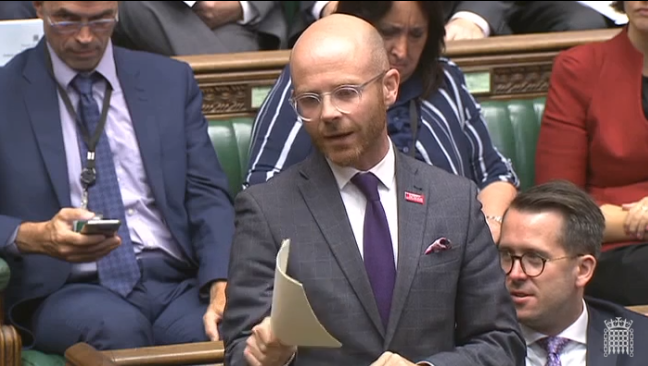 SNP MP Martin Docherty-Hughes has set out three key questions that Ruth Davidson must answer over the trail of murky donations leading “straight to her door.”

In a letter to the Scottish Tory leader, the SNP MP urged Ruth Davidson “to be honest with the electorate about who funds her party, and why it chooses to obscure donations.”

It revealed that Cook was behind the DUP’s £435,000 donation during the EU referendum, and has “a trail of involvement in illegal activity and foreign money.”

The Ferret website has revealed evidence suggesting that Scottish Unionist Association Trust – which has bankrolled the Scottish Tories to the tune of nearly £320,000 – does not meet the criteria that they are an ‘exempt trust’.

The SNP’s Pete Wishart MP is awaiting a response from the Electoral Commission following his calls for an in-depth investigation into SUAT in relation to its funding of Ruth Davidson’s party.

However, Mr Wishart warned that the scandal surrounding Cook is just ‘the tip of the iceberg’ when it comes to the conduct of the Tory party and its funding.

“Ruth Davidson has serious questions to answer over these revelations, as it seems her party has been bankrolled by murky donations.

“She can no longer operate in the shadows and avoid the growing calls for clarity over the trail of dark money leading straight to her door.

“These findings raise some serious concerns, and she must now make clear what checks the Scottish Tory party had in place before accepting such large donations? Is Richard Cook the ultimate source of the donations set out, and is he still a member of the Scottish Tory party? And, whether or not the party still has a policy of accepting donations from the Constitutional Research Council?

“I urge Ms Davidson to be honest with the electorate about who funds her party, and why it has chosen to obscure donations in this way.”