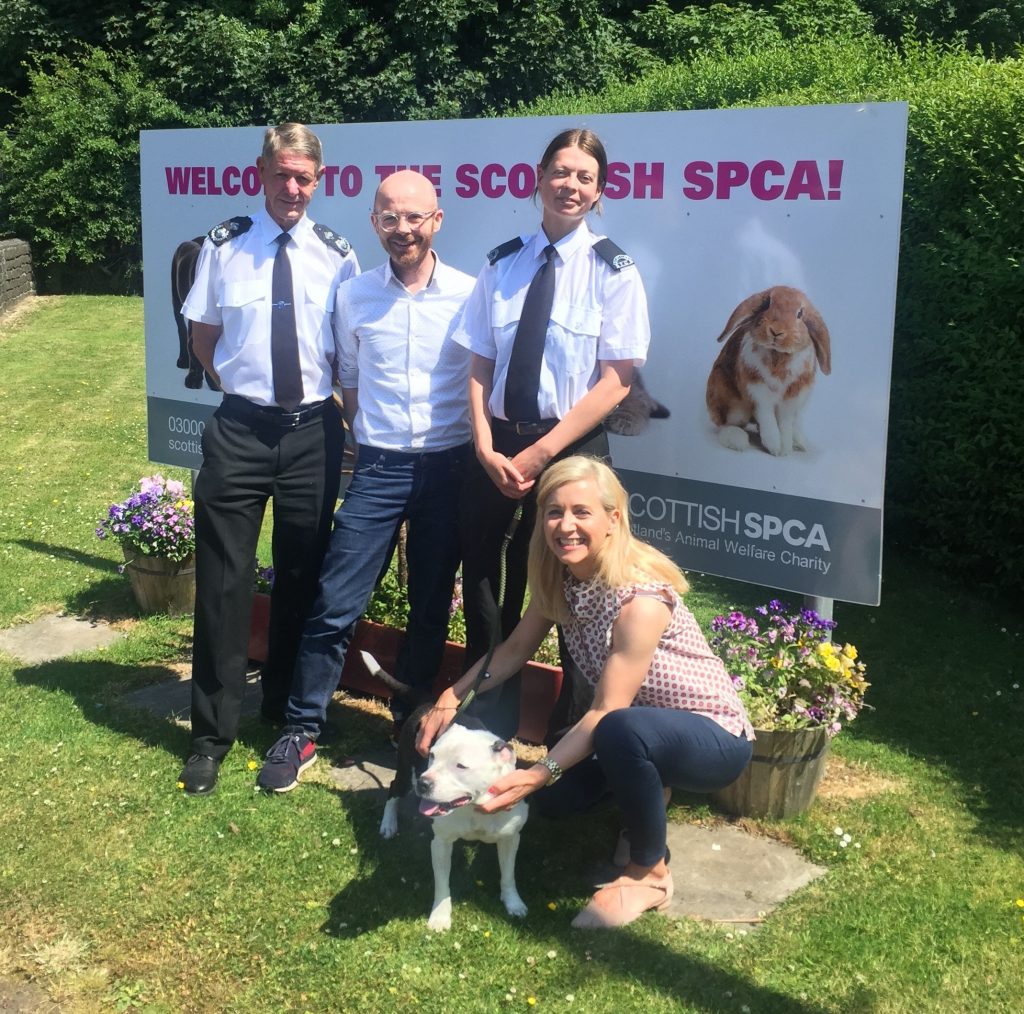 Martin Docherty-Hughes MP has praised the work of the Scottish SPCA after a visit to the animal welfare charity’s rehoming centre in Milton, Dumbarton.

The MP for West Dunbartonshire was given a behind the scenes tour of the local animal rescue and rehoming centre by the Scottish SPCA’s Chief Executive Kirsteen Campbell.

Mr Docherty-Hughes says that rescue animals make great companions and has encouraged budding pet owners to consider rehoming one of the many animals being cared for by the SPCA.

During the visit Martin was introduced to a number of rescue pets at the centre, including Baillie the staffordshire bull terrier who is looking for a loving family home.

“A huge thanks to the team at the SPCA for a very warm welcome to West Dunbartonshire’s animal rescue and rehoming centre.

“I was pleased to catch-up with the team and discuss a number of important animal welfare issues including the impact of illegal puppy farming. There is clear evidence that irresponsible dog breeding harms animals, so it’s important to do your research first and avoid buying from unreputable sources.

“The rehoming centre in Milton do a fantastic job of caring for hundreds of animals including cats, dogs and exotic pets. Rescue pets make great companions and I’d encourage anyone interested in rehoming to get in touch with the SPCA on 03000 999 999.”

“We were delighted to welcome Martin Docherty-Hughes MP to our centre here in Dumbarton.

“It’s great to be able to showcase the fabulous work done by the team here at the centre and talk more widely about the Society’s aims from increasing the maximum prison sentence for animal cruelty to tackling the illegal puppy trade.”

Find out more about rehoming pets through the Scottish SPCA here: www.scottishspca.org/rehome/