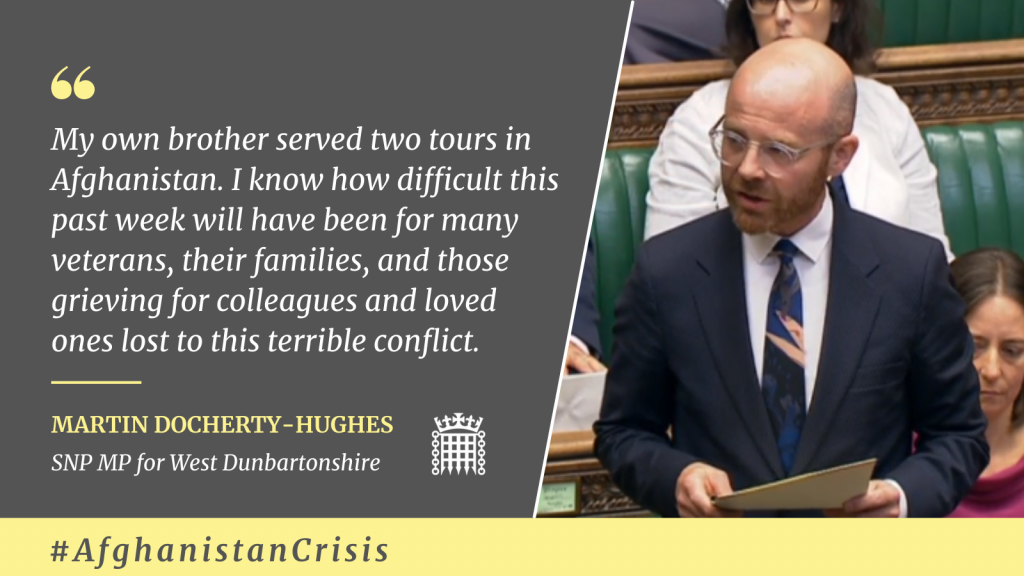 As I write this, it’s the day after two deadly bomb attacks hit Kabul killing at least 90 people – including US troops and Afghan families desperate to flee what is a harrowing humanitarian crisis.

The situation in Afghanistan is fast-moving, and like MPs all across the country I have been doing everything I can to help constituents desperately worried about the safety of family members whose lives are at risk due to the Taliban takeover.

I have been on calls to the UK Defence Secretary and Foreign Secretary, and pressed the Prime Minister’s office for answers on behalf of local families who have nowhere else to turn in their efforts to get loved ones to safety.

As the deadline for withdrawal nears, the Prime Minister has admitted that not everyone at risk from the Taliban will be evacuated in time. Afghans who put their lives on the line to support our armed forces will be left behind. Many at risk from extreme persecution – including women, LGBT people and minority groups – will be left behind too.

It’s clear the catastrophe unfolding in Afghanistan represents one of the worst foreign policy disasters of modern times. This crisis is no reflection on the service personnel who have worked with bravery and dedication these past 20 years; it is a failure of political leadership and the British government must answer for its part in that.

My own brother served two tours in Afghanistan. I know how difficult this past week will have been for many veterans, their families, and those grieving for colleagues and loved ones lost to this terrible conflict. The government must now step up and provide support for all those who need it.

This is a time for compassion and humanitarianism. Yet the UK government has said it will only take in a paltry 5,000 Afghan refugees over the next 12 months.

The Foreign Secretary boasts of boosting aid support by 10%, but the fact is that the UK government slashed its humanitarian aid budget to Afghanistan by 78% earlier this year.

My colleagues and I on the SNP benches in the House of Commons will continue pressing for more to be done to help those seeking refuge from terror and persecution.

Nobody flees their home unless they have no other choice. With lives at stake it’s vital that the UK government acts now to secure safe routes of passage for as many vulnerable Afghans as possible, and that sufficient resources are in place to help rebuild their lives.

After two decades of conflict, we cannot turn our backs now. West Dunbartonshire stands ready to play our part in helping the people of Afghanistan.