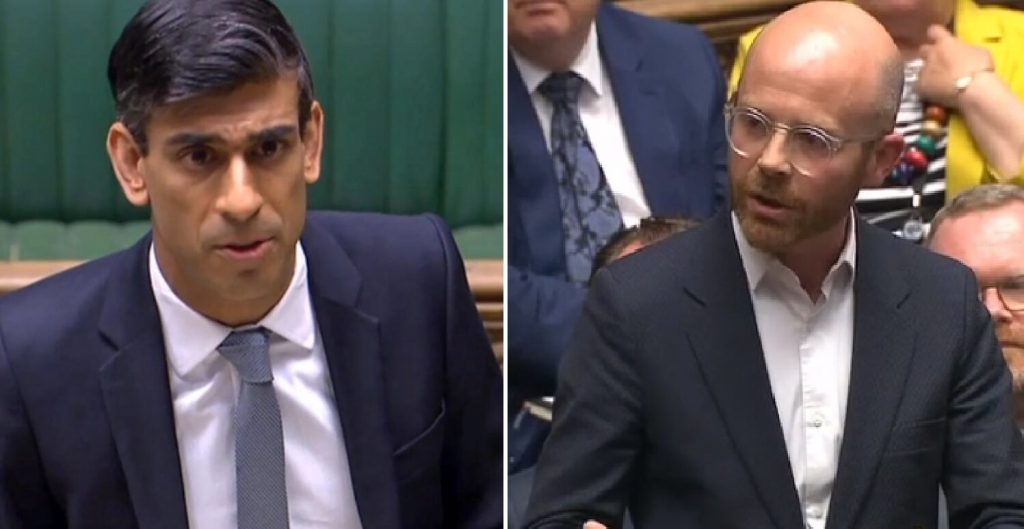 West Dunbartonshire’s MP Martin Docherty-Hughes says it’s good news that the Chancellor has now agreed to extend furlough, but warned that thousands of people had lost their jobs unnecessarily due to the UK government’s failure to act sooner.

After ignoring calls for clarity over the future of the furlough scheme from the Scottish Government and other devolved nations, Tory Chancellor Rishi Sunak finally made the call to extend the job retention scheme till March after it became clear England would have to implement stricter Covid-19 lockdown measures.

Local MP Martin Docherty-Hughes spoke virtually in the House of Commons this week, questioning the UK Treasury Secretary on the detrimental impact uncertainty over the UK’s furlough scheme had on job prospects in West Dunbartonshire and across the country.

The furlough scheme pays 80 per cent of employee wages up to £2,500-a-month and was originally supposed to end in October, sparking fears cutting off support would lead to levels of mass unemployment unseen since the 1980s.

SNP MP Docherty-Hughes has called on the UK government to ensure the job retention schemes are in place for as long as necessary, and says more still needs done to help the millions of people unfairly excluded from financial support by the Chancellor.

“Whilst I welcome the Chancellor’s long-overdue extension to the furlough scheme, it’s deeply disappointing that for thousands of people who have already lost their jobs and businesses it has come far too late.

“The Scottish Government and other devolved nations have been calling for months for the UK Treasury to extend the job retention schemes. With jobs and livelihoods on the line, it’s a disgrace that Westminster only agreed to act when England faced lockdown – ignoring the needs of Scotland, Wales and Northern Ireland until now.

“The Tories’ belated u-turn on extending furlough provides some much-needed assurance after weeks of uncertainty. However, for the millions of people excluded from support and facing hardship it will come as little comfort.

“It is these small businesses, the self-employed and forgotten freelance workers who are the wealth creators we will rely upon to rebuild the economy when this crisis is over. It’s wrong and short-sighted for the UK Chancellor to allow so many of them to fall through the cracks.

“The SNP will continue pressing the UK government to fix the gaps in support and ensure furlough is in place for as long as it’s needed – not just in England but across these islands.”