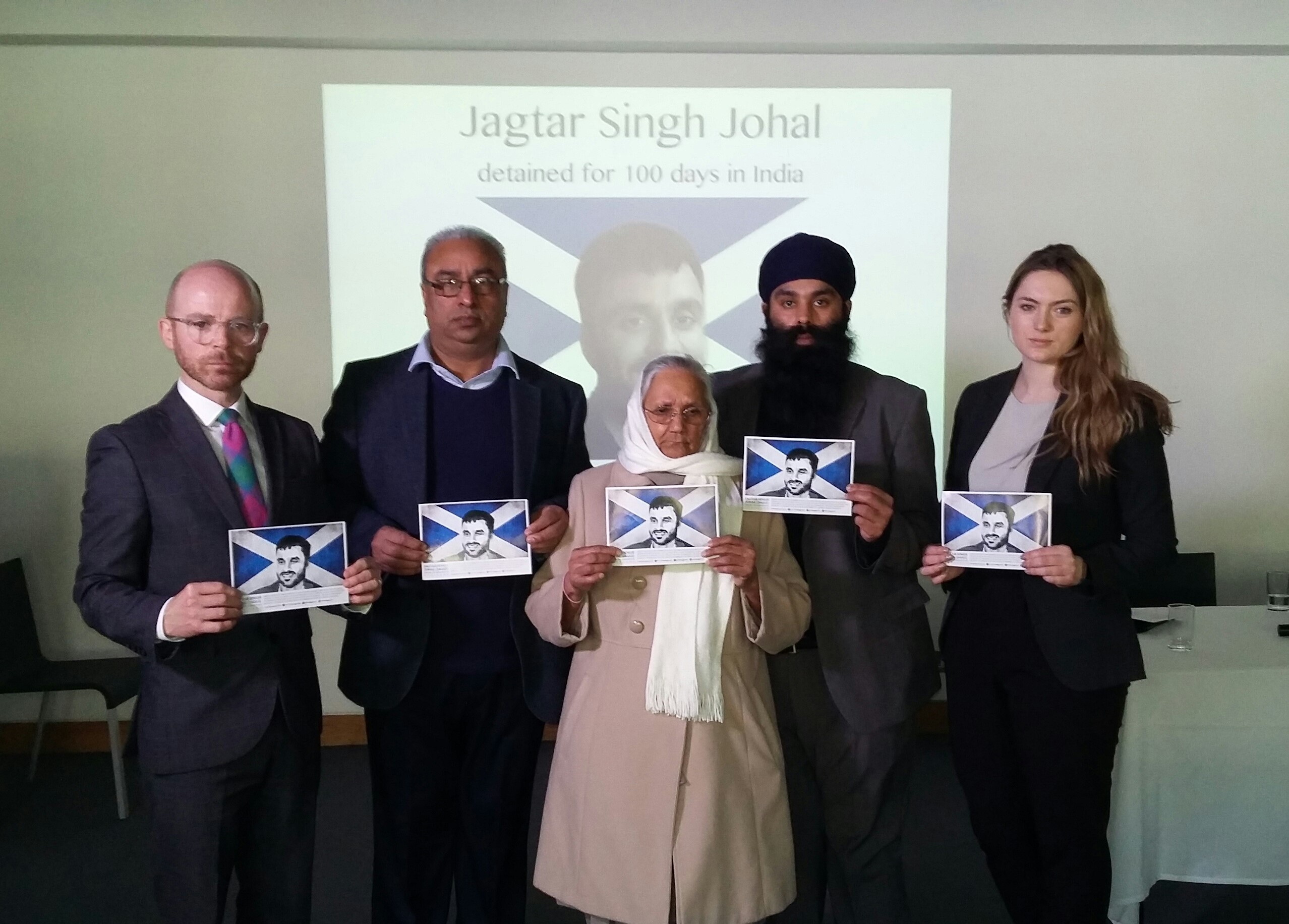 The MP of a Scottish man detained in India for almost five years says the UK Government has serious questions to answer over claims British intelligence agencies supplied information which led to his constituent’s abduction and torture.

Scottish Sikh Jagtar Singh Johal – known as Jaggi – was arrested in India after his wedding in November 2017, accused of helping to fund a Sikh-on-Hindu assassination plot – something he and his family strongly deny.

Lawyers for Mr Johal have lodged a complaint against the UK government after human rights group Reprieve uncovered evidence suggesting MI5 and MI6 passed information about a British national to foreign authorities who then detained and tortured them, which matches details in Mr Johal’s case.

An investigation by the United Nations Working Group on Arbitrary Detention ruled in May that there was no legal basis for Jagtar’s detention in India, citing multiple violations of his human rights – including claims he was tortured into signing a false ‘confession’, through electric shocks to his ear lobes, nipples, and genitals.

The family’s MP Martin Docherty-Hughes (SNP) describes allegations that the UK government may have colluded in the torture of a British citizen by a foreign government as ‘astonishing’.

The MP for West Dunbartonshire met in June with Foreign Secretary Liz Truss to raise Jagtar’s case, and has pledged to continue pressing the UK government to secure ‘justice for Jaggi’.

“This is a truly astonishing and unanticipated development in Jagtar’s case which raises massive questions not only for his family in Dumbarton, and for the millions of UK citizens who travel to India regularly, but also for those who study UK Foreign Policy in practice.

“If proven, these allegations risk destroying whatever confidence Britain’s Sikh, and other minority populations, had in the security services, and by extension calls into question what value the UK Government saw in this shadowy transaction.

“As Jagtar’s constituency MP, I want to know which UK Government Ministers were in the chain which ultimately led to this intelligence being shared; what they knew about the risks of torture should Jagtar be detained by the Indian police and ultimately what the conceivable interest to UK citizens could have been from offering one of our own up in this fashion.

“I’m sure now we are going to begin a long quest for justice for Jagtar and his family, who have been robbed of almost five years of their life with their husband, son and brother: the UK Government can begin the process of making good on this by making sure he is released and brought home to Dumbarton, as a matter of urgency.”

Redress: ‘MI5 and MI6 Tip Off Tied to Torture of British Blogger at Risk of Death Penalty’: https://redress.org/news/mi5-and-mi6-tip-off-tied-to-torture-of-british-blogger-at-risk-of-death-penalty/