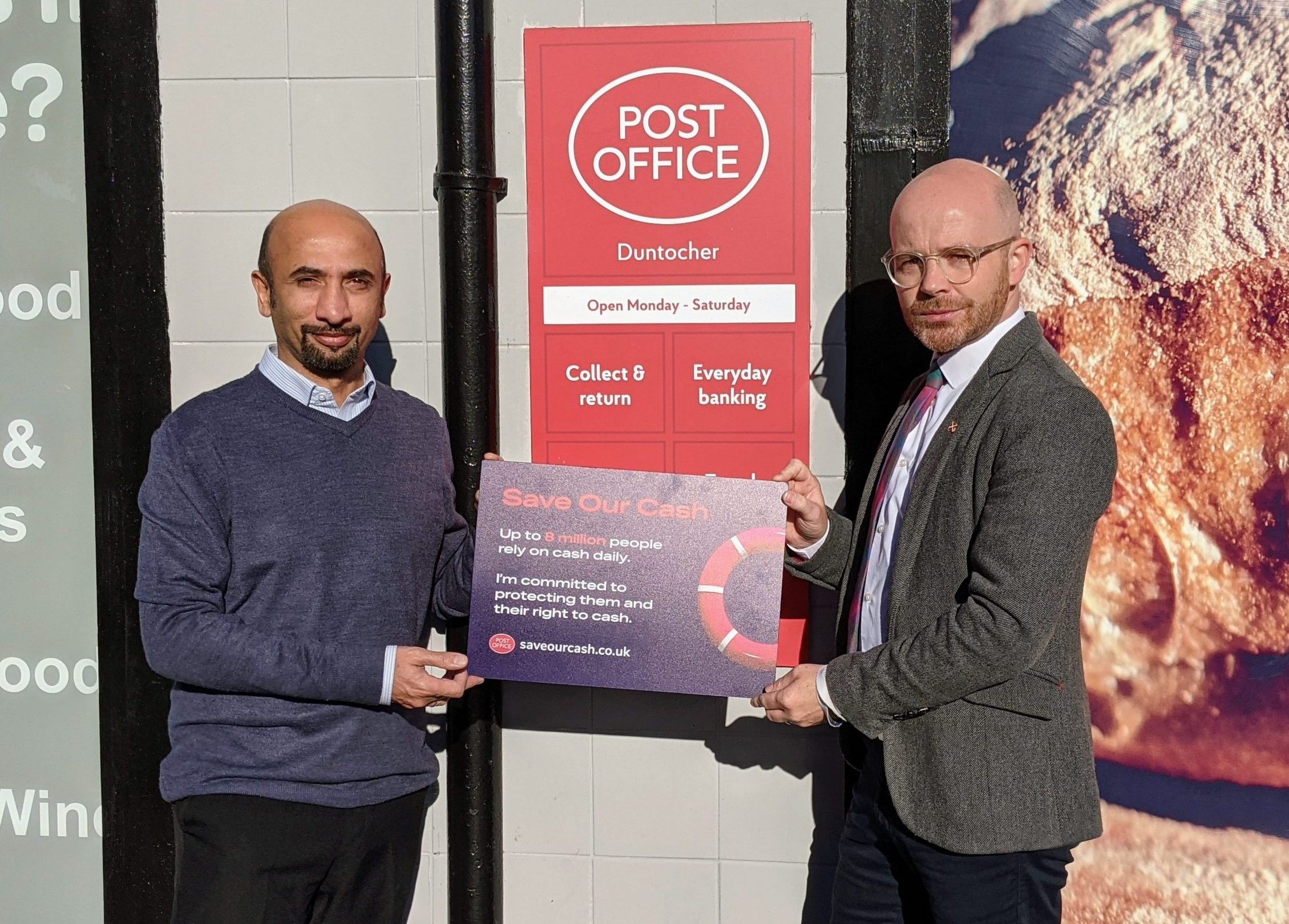 West Dunbartonshire’s MP Martin Docherty-Hughes has called on the UK government to act quickly to introduce measures to protect access to cash, as concerns grow about the impact of rising costs on disadvantaged communities.

The SNP MP is backing the “Save Our Cash” campaign, which has seen the Post Office and others highlight the importance of using cash for household budgeting – particularly amongst vulnerable groups and the elderly.

According to LINK – which runs the UK’s network of cash machines – the number of free to use ATMs in West Dunbartonshire has dropped by 27% in the past four years. Coupled with closures to local bank branches, residents face being forced to travel further for access to cash or having to pay to withdraw their own money.

Local MP Docherty-Hughes has met previously with LINK’s Head of Financial Inclusion, Nick Quin, to raise concerns about the decline in free to use cash machines. Martin has also had discussions with Natalie Ceeney, Chair of the Independent Access to Cash Review, about the impact of local bank closures and the need to maintain access to cash.

With the House of Commons set to return from summer recess, UK legislation to protect access to cash is expected to be brought forward as part of the Financial Services Bill.

A recent report by MPs on the Scottish Affairs Committee recommended that the UK government legislates to guarantee access to cash and basic banking services for all communities. Proposals include: the introduction of shared banking hubs, enhanced Post Offices, and making cashback without purchase available in shops.

“Protecting access to cash is vital to my constituents in West Dunbartonshire, especially amongst disadvantaged groups and the elderly.

“The pandemic may have accelerated contactless payments, but as the cost-of-living crisis worsens more people are relying on cash to help with household budgeting.

“The rapid removal of banks and free-to-use ATMs across Scotland has been alarming. The Post Office network has helped fill that void, but without further action by the UK government many of the most vulnerable face being financially excluded.

“It also impacts local small businesses and traders, because we know that cash withdrawn in the community tends to be spent in the community. “It’s time for the UK government to step-up and deliver on its promises to protect access to cash in communities. I will be pressing for the action needed to support our local economy.”

Further information on the “Save Our Cash” campaign and the banking services offered by the Post Office is available here: www.saveourcash.co.uk/