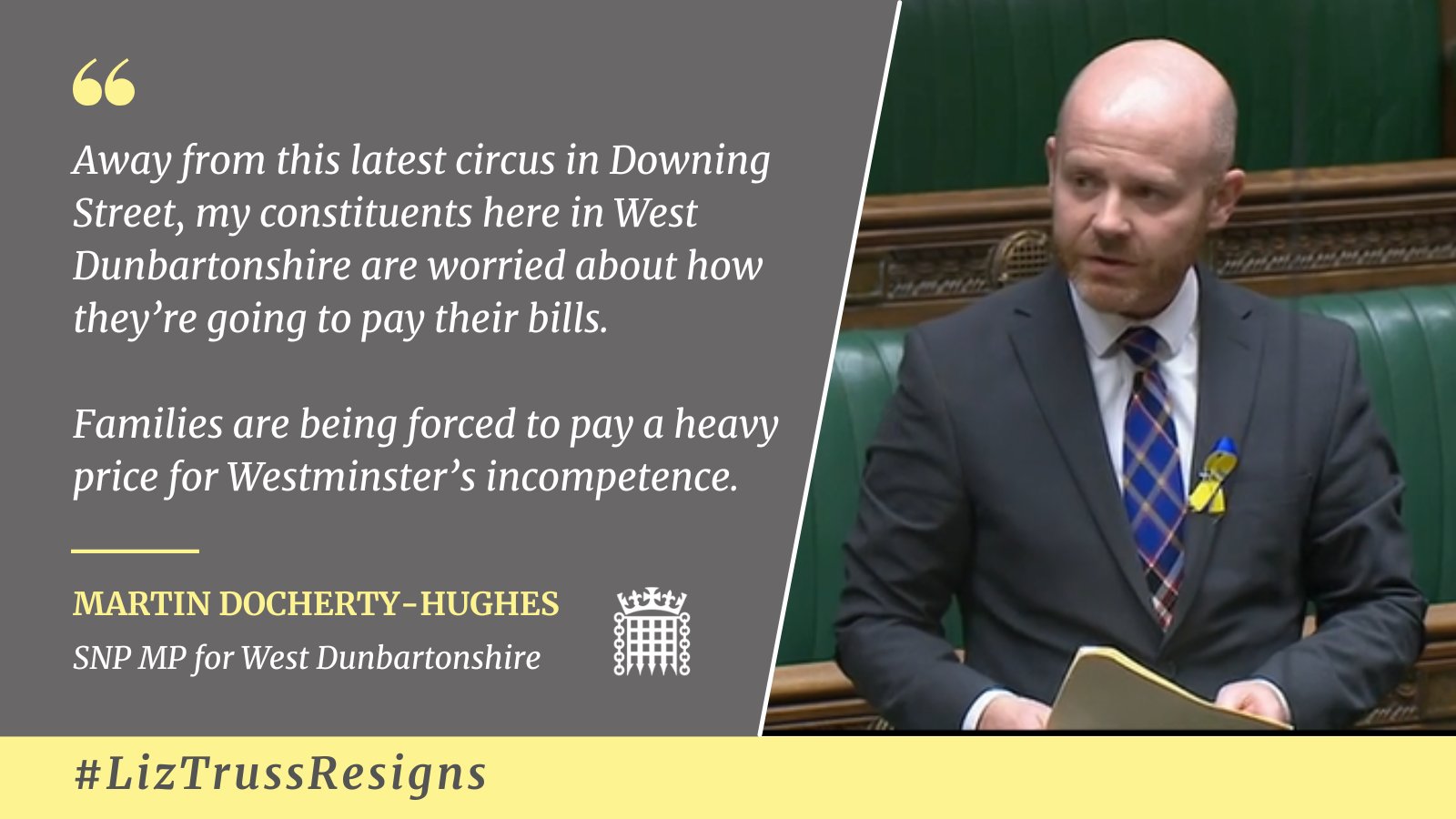 “In just 45 days, Liz Truss’s disastrous reign in Number 10 has caused economic chaos and hardship across the country.

“It’s remarkable that the Truss premiership will go down in history as even worse than Boris Johnson’s.

“Away from this latest circus in Downing Street, my constituents here in West Dunbartonshire are worried about how they’re going to pay their bills.

“Families across Clydebank, Dumbarton and the Vale are being forced to pay a heavy price for Westminster’s incompetence.

“Scotland hasn’t voted Conservative in almost 70 years, yet this is the 5th different Tory Prime Minister we’re going to have imposed on us since 2016.

“It’s only with independence that we can escape the chaos of Tory governments we don’t vote for once and for all.”